A ninja themed turn based game

Ninja Saga, brazenly inspired in a successful anime is a RPG battle game, quite old style, wherein you have to define tactics, customize and level up characters and utterly banish all evil from fantasy Japan. Between Android and iOS platforms it gathers millions of players.

First at all, be warned that an additional 85 Mb download is needed, and that you won't be able to do any other thing meanwhile. While you stick to you wifi connection, know that your peaceful ninja village is been sieged by non-peaceful ninja and you, peaceful ninja apprentice will have to defeat the non-peaceful rival ninja masters to bring back peace to this once-peaceful world. I mean, it's the typical good ninja, evil ninja and world in flames story.

Ninja Saga follows the precepts of classical turn based 2D games from long ago. Select to attack, a special skill or use an item. Your foe will do alike back and so on till someone is defeated. Everything's pretty explained thorough the prologue, which is essentially a tutorial.

You can choose among four characters with little differences between them, though you can later customize it spending coins and gems to purchase clothes, weapons and stuff. Likewise, there are five elemental skill trees to fulfill, so there's some degree of replayability. In your way you will meet new characters and solve missions (aka combats) to earn experience and gold. At the end of the day, everything is quite commonplace, but graphics, musics and plot have been treated with care and overall it's a nearly flawless game. Perhaps a little bit repetitive sometimes, but technically impeccable as long as you are into this kind of games or wanted to test it out. Animations and artwork may seem somehow childish and indeed they are, but that's a matter of taste, so take it or leave it.

Missions are replayable and are rated with the usual three star system, and the so-in-vogue two currency system (gold coins and blue tokens) allow the chance of getting premium vanity items such as national soccer t-shirts through in-app purchases.

We look forward to incoming updates, in which online battles will be enabled and level cap will be raised beyond 60.

Now you can play Ninja Saga on your Android device!! It's one of the MOST POPULAR and BEST Ninja-themed RPG with 18 millions of fans around the world.

Since its online debut in 2009, this top reviewed social RPG on Facebook with its dazzling manga graphics and sensational gameplay had been enticing the hidden Ninjas in the hearts of over 70 million players worldwide.

May be you wanna bleach your hair like Naruto and no matter you wanna be Samurai, Pirate or other Anime character!! Just simply create your own Ninja Avatar and fully customize with a vast selection of Ninjutsu, outfits, gears, weapons, and pets in order to bring peace to the world!

To explore the ninja world and experience the exciting adventure with completing your daily missions, level up, learn the ultimate Jutsu, and discover the Bloodline skills to progress and become stronger! Someday you will be the number one in this piece of land.

STORY:
The world of the Shinobi is now at the brink of chaos and destruction after a siege by a mysterious evil force. At these desperate times, a hero must rise to embark on a treacherous journey to defeat the evil forces and protect the world from oblivion. Born from the ashes of the last Great War, young ninjas look out to this chaotic world with one ambition… to become the best ninja of all ninjas and restore peace and order to this world.

The battle for Earth's future will be fought in its past! Time travel, uncover an epic conspiracy & save the planet! Fight off an alien invasion as famous historical characters using special powers and weapons. In Ninja Time Pirates, Play as Ben Franklin, Blackbeard, Cleopatra and more in a madcap battle to save Earth from time-hopping al…

ILLUSIA 2 is an action RPG, sequel of the successful title ILLUSIA. An evil force has invaded the Dream World giving everyone nightmares. Help the heroes Angela, Chris and Ares to solve the mistery and restore peace to their land. Of course, that mistery will be unveiled by fighting the evil that threaten their fantastic World. So, first off, you w…. 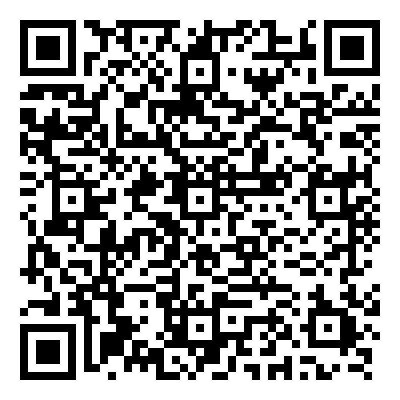