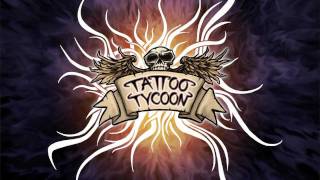 Manage your very own tattoo studio.

"Become a skin and ink magnate"

Don't ever think that there can be anything that doesn't deserve a Tycoon or Sim game. In fact, this isn't the first tattoo management game we've found.

You know that one of the things we appreciate better is a nice and comprehensive tutorial, and that's exactly what you'll find in Tattoo Tycoon. A step by step tutorial where you can easily learn the main points of the game, that is, how to tattoo and how to improve your tattoo studio.

It's worth saying that every tattoo stands for a little minigame, so there're no automatic tasks. You have to earn each cent by the sweat of your brow. Once you hire employees life should be easier but don't be over-confident about it.

This is the ad-free version. If you want to test it out, there's an ad-supported version for free. Otherwise, game's obviously full and complete. Don't expect superb graphics or music, just a good gameplay and an original addition to the Tycoon genre.

It won't be the best HandyGames game so far, but it's actually fun and entertaining. It's worth your while.

Start your own tattoo studio and acquire the arts that get under the skin! Create your own style and expand your studio to become the greatest one in town!

Look behind the scenes of the tattoo culture and build your own tattoo empire! Set up a perfectly furnished studio and prove your skills at handling your employees and tattoo machine! Improve your reputation and squeeze money out of your customers by fulfilling their wishes and offering individual advice, refreshing drinks, comfortable sofas and the trendiest t-shirts! Create the most impressive tattoos by designing new patterns and by improving your equipment! Let skilled employees give you a hand and manage your employees and make best use of their abilities! Work your way up from a backyard parlour owner to the scene's most successful tattoo artist and become a tattoo tycoon!

The ultimate Airline administration and management game The tycoon reference in aeronautical and aviation games for mobile Realistic simulation with maximum immersion and entertaining management CREATE YOUR AIRLINE & JOIN THE COMMUNITY More than 3 million managers More than 130 aircraft and 2,600 airports available 500 items of research…

Have you tried our all new Top Ranking game yet? Get Fab Tattoo Design Studio and design awesome tattoos! From the makers of super hit games like Star Fashion Designer and Fashion Diva comes another incredible game – Fab Tattoo Design Studio.   You’ve finally managed to start your very own tattoo salon. Now it’s time to prove yourself!You can cho…

Video Game Tycoon is an idle clicker business strategy game where you are in charge of running a game studio company that develops mobile games. Your end goal is to expand your business as much as you can to come out to the top as the leader of the mobile gaming market inc. You start and run as an independent video game dev working on mobile video…

Time for some cool and funky tattoos. Become the tattoos tycoon in Tattoo Maker. The top notch game that will leave you amazed. Tattoos that make you look like stars. Now become the trendiest guy or girl and show off your ultimate tattoos. Own your shop and become the tattoo master. Show off your tattoo designs to everyone. Be the talk of the tow…

Great, Cool, Amazing, these are the words you will utter when you’ll play Tattoo Designs. Become the Tycoon of tattoos and open the biggest shop in town. The top notch game that will leave you flabbergasted and amazed. Now become the trendiest guy or girl and show them your friends your ultimate tattoos. Own your shop and become the tattoo Maste…

Manage your very own tattoo studio.. Don't ever think that there can be anything that doesn't deserve a Tycoon or Sim game. In fact, this isn't the first tattoo management game we've found. You know that one of the things we appreciate better is a nice and comprehensive tutorial, and that's exactly what you'll find in Tattoo Tycoon. A step by step…. 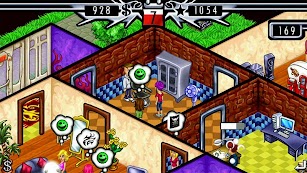 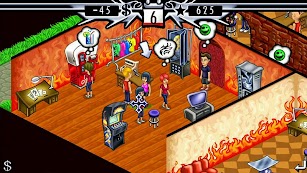 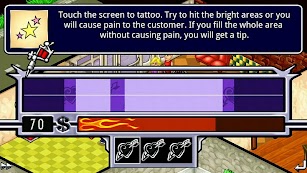 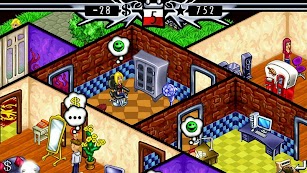 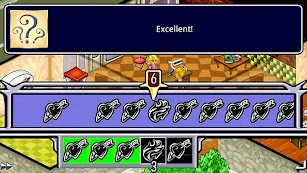 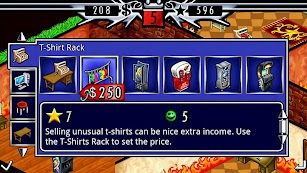 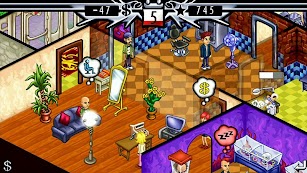 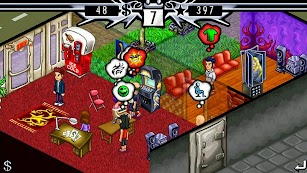