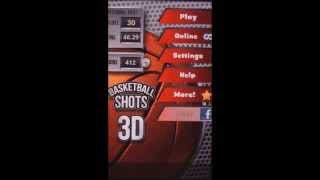 Imagine you were at the Three-Point Shootout.

This game allows you to play the role of a pro basketball player during the Three-Point Shootout. In case anyone doesn't know, here's a brief and to the point summary: you have to score as many points as fast as you can, completing five series of five shots each in under a minute. You begin shooting from one corner outside of the three point arc and move to the next point until you reach the other corner. To summarize, twenty five shots. The last ball of each rack is called money ball and are worth two points instead of one. The best score possible is 30 points.

Four difficulty settings, from normal to pro. As you can imagine, Pro mode can be insane if you haven't ever played before, but let's try to explain why. In normal, hard and impossible modes, to throw the ball simply fling the screen with your finger, as any other tossing game. The power of your shot will be determined by either length or speed of your flick depending on your choice. You can change it later in the "settings" menu. Length mode is easier and Speed is a little more challenging, suited to practice before moving to higher levels. In Pro mode, the power of the shot is based on how fast you move your finger, while the angle is determined by the length of the swipe. This mode is a lot more challenging, but gives you more control over your shots and is extremely fun.

Remaining time, points scored and number of attempts left are displyed at the top of the screen, although you won't have time to pay attention to them. Achievements such as a perfect play can be shared via Facebook, Twitter or MySpace.

This free version comes with a limited number of coins. You can earn more coins achieving certain feats, winning challenges or, of course, buying them through in-app purchase. Unless you play horribly, leave the game halfway or want to support the developer, you'll have no need to buy coins. Ads are placed between a game and the next and require to tap the screen to choose whether follow the link shown or not. If ads bother you too much, look for the paid version.

We can say that Creative Mobile has done a good job. Even if you don't like basketball games, you'll find Shots 3D interesting.

CHECK OUT THE NEW 2013 EDITION OF THIS GAME:
http://play.google.com/store/apps/details?id=com.creativemobile.bb3d

Score 25 shots from 5 positions in under 60 seconds! Enjoy 3D graphics, realistic physics and addictive gameplay. Shoot the ball with your finger, challenge your friends and earn coins.

PREMIUM AD-FREE version is also available. Tap "View more" below to download it.

TOO EASY? Try increasing the difficulty!

ALL security permissions are explained on the game's web page.

If you're running CM and the game asks for root, ignore it (don't grant root) - it's just a glitch and the game doesn't ever need it.

CAUTION: Addictive Gameplay Ahead! How many consecutive shots can you score? Get ready to challenge your friends in a 2 minutes frenzy basketball shooter session and become the world's best player in 3D basketball game. Once you start, you can't stop! Swipe Basketball is the only basketball game that fully embraces the incredible 3D physi…

"Basketball Frenzy" " is a new arcade game representing a simulator of the basketball game machine that is popular at the fairs and carnivals. Your aim is to show as much as possible your basketball skills and to sharpen your throw skills because the game is not that simple and from the level of your acquired skills will depend a to…

Show your skills and challenge your friends in the most addictive basketball game for Android! Your goal is to score as many shots as possible from each of the five different positions on the line. Each ball that hits the basket brings you 1 point and each "money ball" adds 2. You have only 1 minute to take all 25 shots, so there's n…

Great news for Basketball and arcade game lovers! This simple game requires you to shoot infinite basketballs to the hoop as fast as you can! Will you take the challenge? It is everyone's dream to have unlimited coins for arcade machine. Now this classic sports game is free to play on mobile!! Challenge yourself and win coins, remember every s…

Basketball Throw is basketball in which you have to score as much as you can in a given time. Basically, there are three game modes, all of the time-limit. You can play the regular mode which is a 1m 30s set time, 1 min set time or 4 mins set time. Try to score as much as you can. The controls are quite easy: drag your finger on the screen to aim a…. 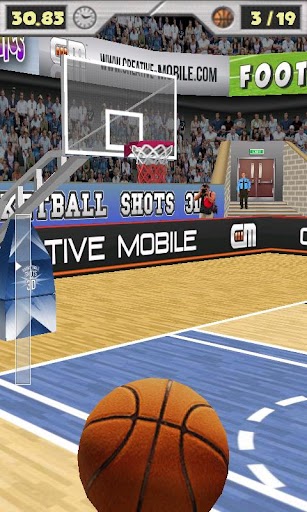 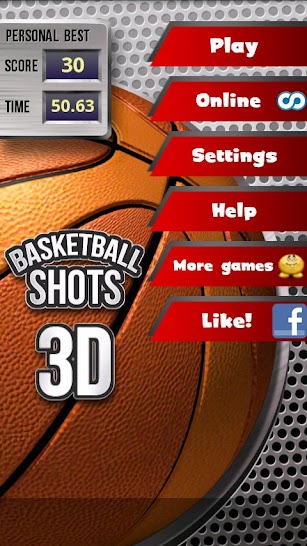 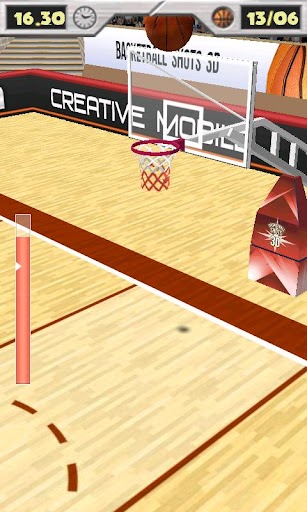 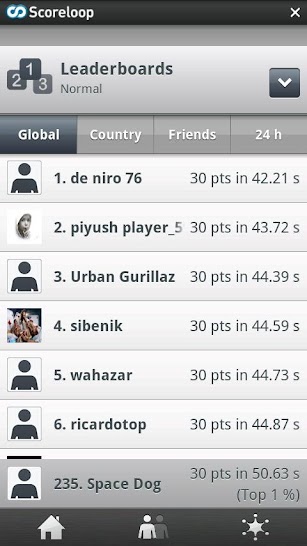 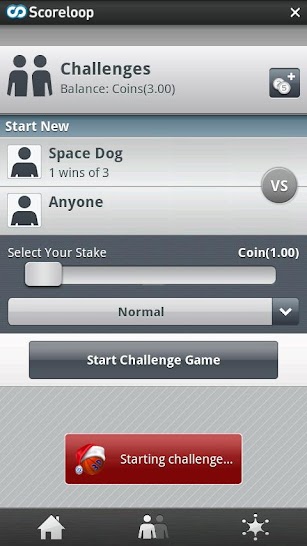 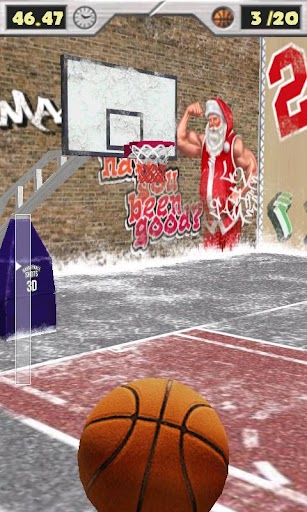 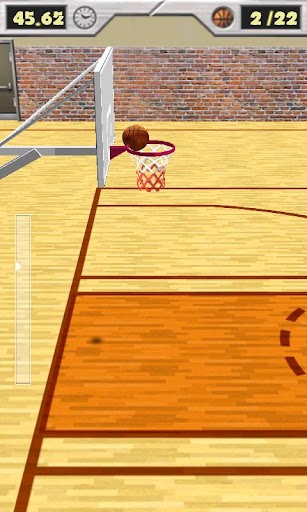