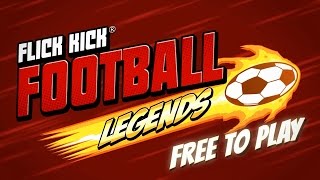 "This deserves a pint"

Flick Kick it's a gesture based soccer game in which you pass, kick or tackle the ball through swipes and taps.

The game features a hilarious storyline in comic-like artwork, starting from the non-glitzy lower leagues to fantasy matches involving kicks worthy of Captain Tsubasa and his friends. Brief animations along every move give to this game a special and distinctive feeling compared to other much classic side-view games. In the sports genre, this game is pretty unique.

In addition to win matches, climb up the board and enjoy jokes from the British commentator, everything you do right will give you experience points to unlock new tricks and skills.

Freemium formula consists in the well-known energy system: you can play some matches per day, but once your energy runs out you'll have to wait till it refills or make use of the in-app store.

In conclusion, this game is not only the most original soccer game available on market, it's also one of the most fun. Unless you are too much into FIFA-like games, you will definitely enjoy this one. Although it may sound odd for a soccer game, it's epic. Highly recommended.

Kick it old school with the latest game in the Flick Kick series; Tackle, Pass, Shoot and More! Defeat Rivals! Win the League! Become a Legend!

All new game-changing features mean more content, more competition, and more flick-kicking action! Take on the world in the International Cup, break records in the Infinity Cup, hone your skills in Practice Mode, train your players and compete with your friends. Be a champion, become a legend.

• Stunning comic inspired presentation
• Pass, tackle, intercept, save, shoot to score, penalties, sudden death and much more
• Discover and collect new international players to build a championship team
• Level up your players to unlock crazy new skills, and link skills for extra boosts
• Use your Captain to guide your team through thick and thin to the glory years
• Invite your friends to compete on the leaderboards
• Refined drag and drop interface to help you manage your team
• Train your players to increase their XP

Contains in app purchases and advertising

We love to hear from our players!

Download Soccer Star 2019 World Cup Legend and Become in the hero of the World Cup thanks to your goals and skills. Practice the free kick and you will be a legend of the world cup. Manage your football career and enjoy one of the best football games at the moment. The world cup will begin very soon and you need to train your soccer skills for get…

Kick it old school! See for yourself why Flick Kick Football is the soccer game that people simply can't put down! With intuitive swipe-to-shoot control, Flick Kick Football is easy to play, but challenging to master! Flick your finger to curve, lob, drive and shoot the ball from all over the pitch. Test your skills in multiple modes, includin…

Enjoy Rugby on your phone as the Rugby teams of the world compete this season! Get the free version of the #1 Paid Game in Ireland & New Zealand! #2 Paid App in the UK! Rugby 2011 is here and this is the best way to prepare for it! Will you score the game winning kick? Flick Kick Rugby Kickoff brings intuitive, quick to play, on the go fu… 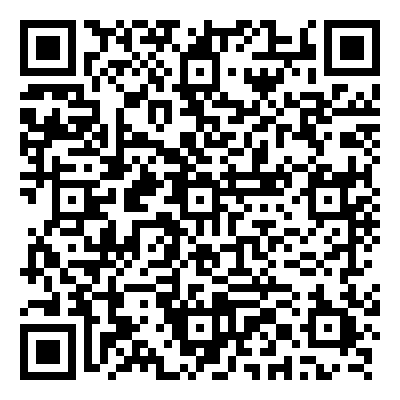 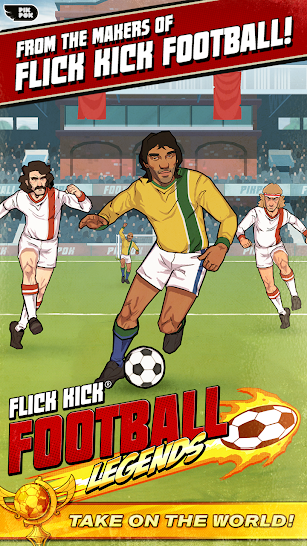 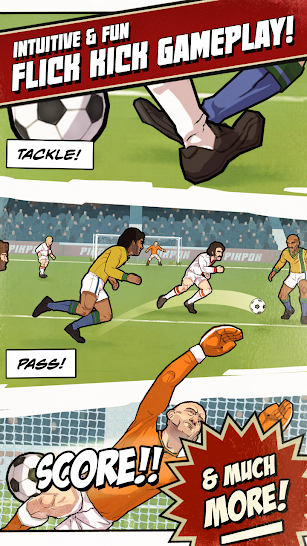 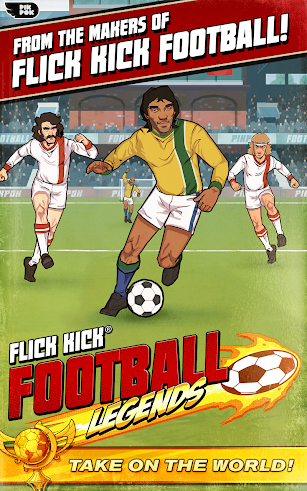 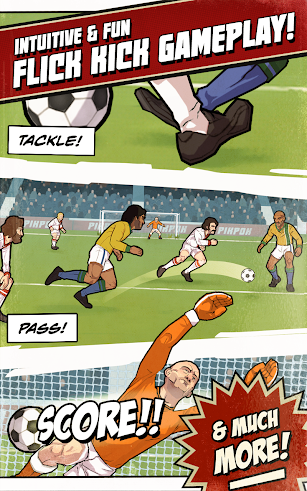 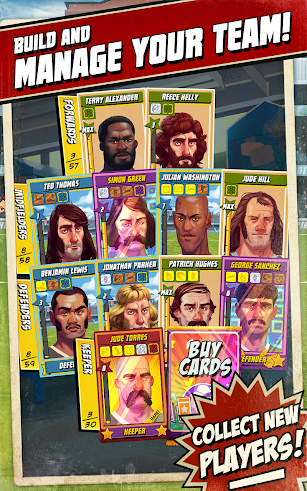 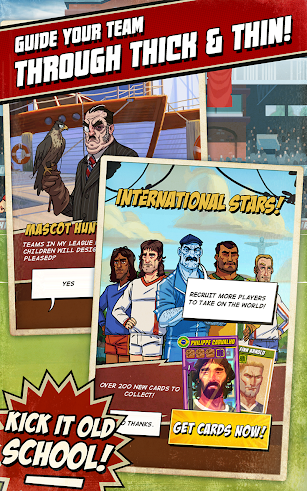 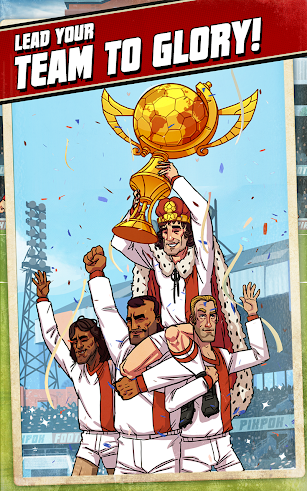 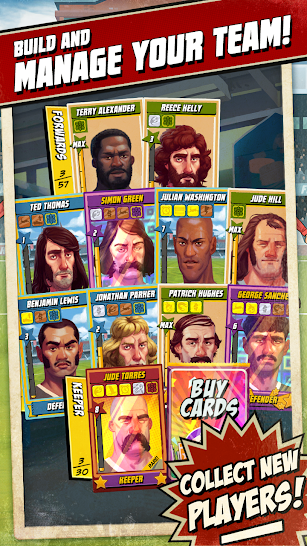 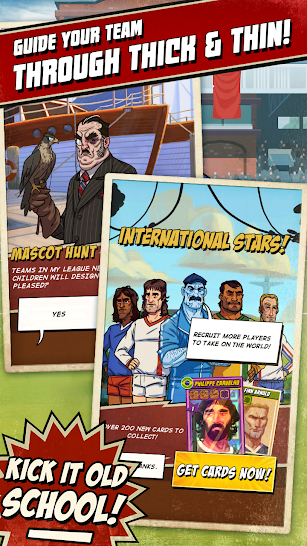 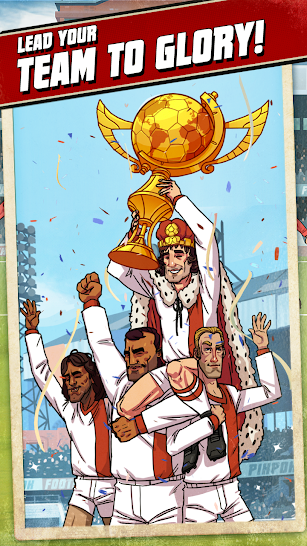 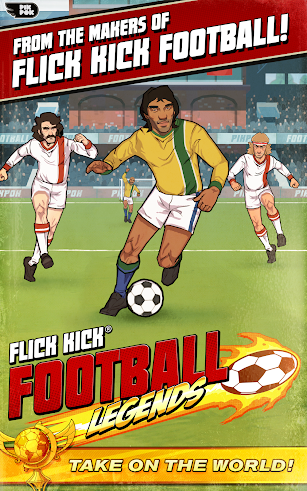 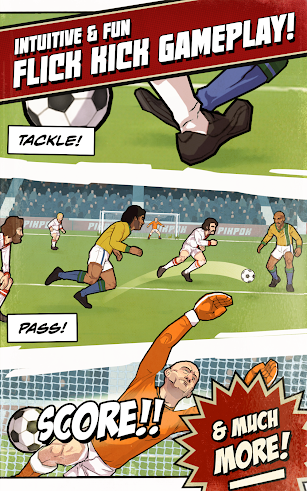 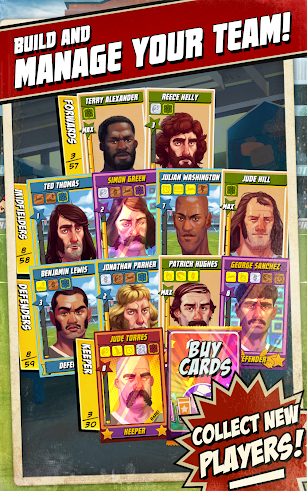 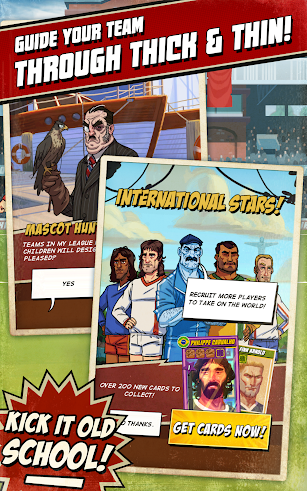 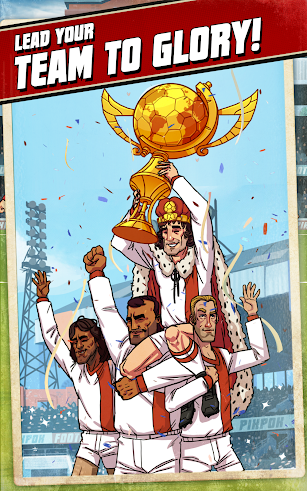