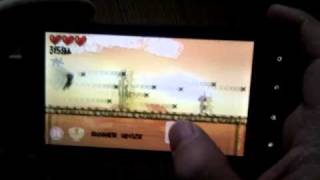 Ninja Rush is a platformer that requires ability and agility

"If you blink, you're going to miss it "

You embody a fast Ninja who’s purpose is to reach the end of its World. Actually, he has to run and kill enemies through platforms in an endless World. That means that the further you get the higher you score (and the goal is to score as highest as possible).

Surviving for a while in this World isn’t as easy as it seems. You have to jump over platforms, use the rope to overtake largest cliffs, kill monsters by using shuriken or by becoming yourself a ninja shuriken. You can speed up by slide forward and slow down by slide backward in order to get further sooner. But bear in mind that if you run so fast, you have more chances to fall down the cliff or to be caught by the monsters.

As you progress you get some achievements for jumping higher, using properly the rope, be fast, kill more enemies, and so on. There are 18 different achievements. The achievements, the further you get and the amount of monster you kill will make you score more. Share your scores on Game Box leaderboard and challenge other players from around the World.

There’s not screen joypad, that’s it, you have to tap for jumping (or doble-tap for doble-jumping) or to use the rope or tap on the shuriken button to shoot. As we said above, slide forward to speed up or slide backward to slow down. The screentouch response is quite good. Graphics could be improved though.

Ninja Rush has been developed by Feelingtouch Inc, a settled Android games developer who has launched various titles on the market.

Ninja Rush is a great and challenging platform. It could be improved though by adding more game modes, different characters or customizing options and better graphics. Anyway it’s addictive as hell. Great timewaster.

Rush to the end of this ninja world. Yet another excellent game from Feelingtouch Inc.

This is the jungle of ninja master.

* Try your best to jump over the cliff.

* Speed up by slide forward and slow down by slide backward

If you get all achievement, became a Super Ninja, please let us know!! Enjoy and challenge yourself in this game.

Welcome to Ninja Dash, the new ninja jump and run game! Play as a legendary ninja and fight enemies to win every battle and become the ultimate epic hero. Use all your power and skills as a katana master in tens of free levels. Fight in the shadows, defeat every warrior, rush a clumsy boss and take your ninja revenge! Play the best action ninja gam…

Welcome to Ninjas Stars, A simple FREE fast action game that only the greatest ninja can survive. How long can you last as a Ninja? In Ninjas Stars jump and slide over sharp razor blades to become a Ninja master! Compare your score with friends and see who comes out on top. Ninjas Stars are always coming at you. Its your job to survive. Download…

What's even better than ninjas, heroes and Frenchmen? A chubby Ninja Hero with a French accent of course! Join Francois in a wall climbing, roof jumping adventure as a secret agent. Wrapped in a tight latex suit, he's ready to take on a list of classified missions entrusted him by his agency. Can you handle the dangerous rope swinging,…

Knight Rush is an exciting and addicting popular ninja style runing game. Your goal is simple: run as far as possible. As a knight you need jump and slide to get through different barriers. Knight Rush is simple but fun one touch arcade game. Tap Jump button to jump over the bomb. Tap Slide button to slip and kill enemy samurai. Features: Simpl…

Slide and jump, think fast. Ninja Dash is a running action Android game in which your character needs to become a ninja hero and that is achieved by avoiding the traps and navigating through booby traps, trying to get as far as possible. The controls are easy: jump (and double jump) or slide and you can exchange their positions. There are three dif….

Make the ninja jump through the platforms. In this game, your aim is to help the ninja jump from platform to platform and prevent him from falling down. The instructions are the following: tap on the screen for jumping, double tap for jumping higher. Tap on the bottom icon to shoot, slide your finger to the right for running faster and slide it to…. 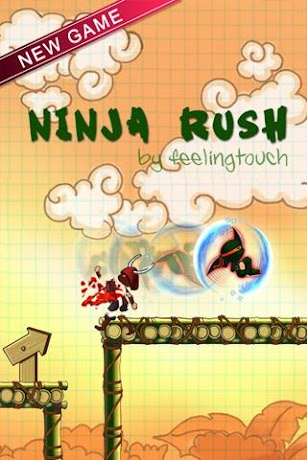 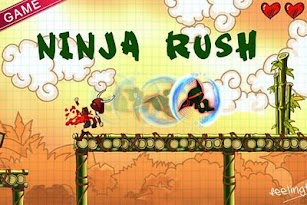 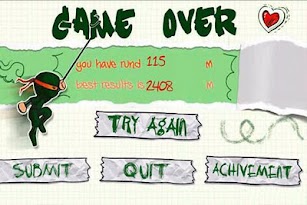 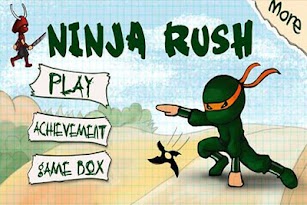 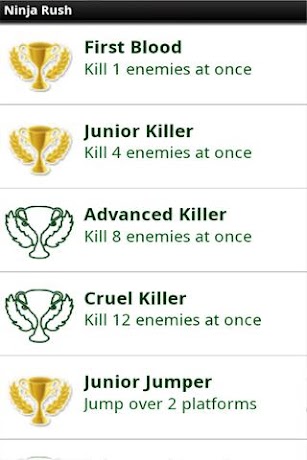