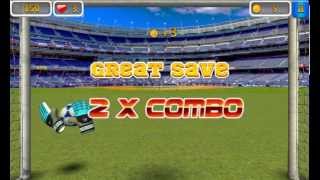 "Everybody dreams of scoring goals, but only a few of stopping them"

It seems that soccer is only played by forwards, and that's not true at all. Goalkeepers are one of the most important players in the team. The guys of Luandun Games know it and for that reason they've developed this fantastic 3D arcade game featuring goalkeeping.

You embody a goalkeeper, however, only two 3D goalkeeper gloves are shown between goal posts. Players have to drag a finger across the screen in order to stop free kick shoots from a player a few meters away. The player can shoot in any direction (even touch the post), so pay attention and be quick on putting the gloves on the ball's trajectory. The more shoots your stop, the better score you'll get. Actually, clear stops make you score higher than grazed stops.

There are two game modes: "Endless Mode" which is perfect to practice, gain experience and coins to unlock and upgrade new props; "Arcade Mode", only three lives available, each goal spends one life, score as higher as possible before running out of lives.

No complaints regarding scenery: well-crafted 3D graphics running smoothly even on low/medium-end devices. Screentouch response is as good as expected as well as soundboard and effects. The only catch: ads interfere game and that may be annoying. It would be nice to have an affordable full version to remove them.

Download it right now and be a super goalkeeper let opponents appalled.
Super goalkeeper is a cool 3D soccer goalkeeper game, the most notable feature of the game is to have a brilliant 3D graphics, a strong sense of the scene, and a rich props and play.
The game's basic mode of control is using a finger to slide goalkeeper's gloves to the fired penalty, but there is always some prop soccer to let you hard to detect.
In addition,there are two modes in the game, one is the endless mode, you need to gain experience and coins by saving soccer, then upgrade and unlock new props, after that players can get to buy more dazzling soccer and effects by coins. The second mode is a classic arcade mode, player has three lives, you will reduce one life if there is a goal, will also get coins by saving soccer, this mode goalkeeper player need to challenge yourself, see how much soccer can you save? In each mode, soccer you continuous clinging more, the coins and score will get more. So try your best to continuous clinging soccer as much as possible.

★ Earlier versions have more than 12,000 users worldwide! Join in! ★ American Football Manager 13 is coach's clipboard app. Create, plan and animate your tactics on the go. Wherever and whenever you get an idea of a new tactic, you're able to save it on your device and later show it for your team. Move the players and balls on the field…

Football Craft is a milestone in the genre of soccer shooting games. Decide your shooting strategy and kick the ball. Football Craft gives you full control of shooting with realistic physics calculations. Exciting kicking experiments are waiting for you. Upgrade your player skills to score the world's best goal ever. KEY FEATURES - Stunning…

Christmas themed slots game. KwonHuckJune's X-MAS Slots Champ is a holiday-themed slots game. Playing works just like any standard slots app - choose how many coins you'd like to bet and where you'd like to place them, then spin the slots for a chance at a big win. Here, the icons all have to do with Christmas, making it a bit more jolly even if La….

Blast Tank 3D is a three dimensional shooting game, with that's visually stunning in a way that hasn't been seen before. In addition to the traditional game players experience the fun of shooting game, we also designed for the player a wide variety of skills. tank upgrade the system - two kinds of tanks for players to choose, players can t…

★ Earlier versions have more than 12,000 users worldwide! Join in! ★ Field Hockey Manager 13 is coach's clipboard app. Create, plan and animate your tactics on the go. Wherever and whenever you get an idea of a new tactic, you're able to save it on your device and later show it for your team. Move the players and balls on the field, dra…

An extreme fantasy soccer game. Soccer Superstars is a true soccer game on its own, with its own management options, hiring and training players, creating your own character and even trying to lure superstars to your team. In short, it's like any other soccer game, with the same rules and the same everything (yes, there are offsides, too). At least….

Soccer Fighter is a high-quality 3D football game. Play football like Street Fighter, but much more relaxed. Shoot as fun as 2.5D scroll game. Use the awesome super skills to win the match. There are also various props come out randomly, which will bring you much more fun. The multiplayer mode allows you to fight with your friends. You can even s… 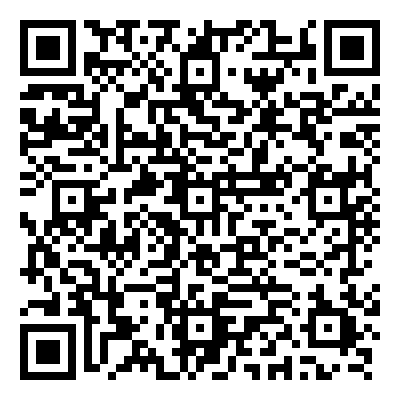