Classic tossing game set in various locations around the world

"Toss til you drop"

wipeapp's SuperToss:paper trash game is a classic tossing game wherein you aim wads of paper at a garbage can.

Flick the paper balls into the garbage can, keeping in mind the current trajectory and strength of the wind. Score enough baskets and you'll progress to the next level.

The app has far too many ads and pop-up windows. The tossing mechanism isn't well calibrated either, plus it's a really unoriginal concept.

There are many better toss games out there than wipeapp's SuperToss:paper trash game.

Toss wastepaper(papertoss) using touch controls!
A nice papertoss game that is simple but addicting.
“Super Toss” is a simple papertoss game where you chuck garbage into wastebaskets set up in various locations. Keep throwing away those scraps of paper and aim to clear every stage.

*Easy paper toss controls
Just slide your finger across the screen (swipe control) to toss the paper.
If it flies in the right direction, it will land in the wastebasket.
Super Toss (nice papertoss game) is just the thing to kill a little time!

*Abundance of stages
Super Toss comes with a variety of stages.
The difficulty changes with each stage; for example, there are stages where the wind blows, altering the arc of your toss, and stages where the wastebaskets are far away.

*Stage Completion
As you rack up consecutive successful throws in a given stage, stars will appear.
Try your best to get three in all of them!

*Aim for the top of the ranking!
When the papertoss game ends, your success rate and number of consecutive successful throws will be entered in a worldwide ranking. Leave excellent records and compete with all the players of the world.

SuperToss - good papertoss game:
World travel mood,Game to shoot the waste paper and trash on him in the flick operation.
Let's throw the papers dust in the trash swipe while tour.
Or be thrown into the Garbage can paper dust to back flip fueled by wind?
Let's tourism while toss paper shooting and sights to visit world heritage!
The firing paper dust assess the range!
You're paper dust shooter!
Let's capture the paper toss game toss the paper.
toss paper！

Toss it! is a puzzle game based on paper tossing: you have to dunk objects in a bin to score. Toss it! is one of those games easy to learn but difficult to get the hang of it. Its gameplay has no secret: take a piece of paper, make a ball with it and throw it to the nearest bin. If you put it in, you will get some points and it will count your stre….

Introducing a new game that teaches players about Yokohama City garbage sorting rules! Play anytime to learn more about the garbage sorting system. ・About This Game As garbage and waste items move across the screen, the player touches and drags them to the appropriate wastebaskets. Putting items in the correct baskets earns the player more points…

Toss the objects in the monster's head. div4trisq's Monster Toss is a classic tossing game themed with a little blue monster and various objects you throw in its head. Flick the screen to angle the shuriken, space helmets, or other objects towards a slam dunk in the head of the monster. You can change the scenery from beach to space to tennis court….

Toss the fish, if you can get the app to work. Other Apps Are Craps' Toss a Fish looks like it's a simple tossing game with a fishy element, but I can't be sure since the app force closes every time I try to open it. The developer's description claims that you'll destroy walls of toilet paper in a mad quest to put the fish into the water where it b….

Classic tossing game with multiple levels, objects, and backgrounds. MobileCraft's Real Toss is a classic tossing game with various objects and levels to keep you entertained. Flick to toss the object (a ball, a teddy bear, a soda can, etc etc) at the bin, taking into account the wind direction and speed. Gain access to new levels by sinking a requ….

A simple jumping game for passing the time. Egg Toss is a casual jumping game where the main goal is to reach the maximum possible height. Toss the egg into the basket by tapping at the exact right moment, keeping in mind that firstly, the target basket will move and after a few jumps, the base basket will also start to move from side to side. And…. 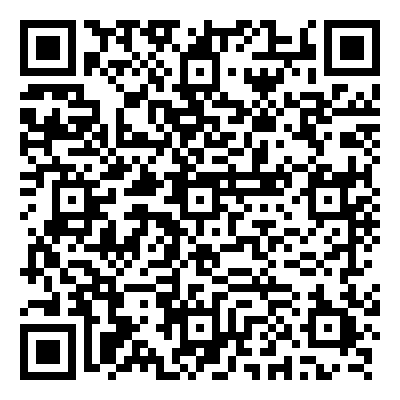