THE 2014 FIFA WORLD CUP BRAZIL HAS ARRIVED! Take to the pitch with officially licensed national teams and kits. We've even got the Adidas Brazuca ball. Compete in all-new Matches of the Week and show your pride on the world's stage.
Thanks for playing FIFA 14. Get in there!

EA Sports is stepping forward and taking more seriously the mobile version of its most popular franchise. Actually, if you've played previous editions of FIFA for Android, you'll notice FIFA 14 is a leap away from its predecessor. Although it can't be said that the game is flawless, there's at least, some innovation on the controls, enhanced graphics and a bunch of options that bring the game closer to the console versions.

First thing you'll notice is, obviously, the graphical improvements. Mobile hardware evolves, so do graphic engines. EA Sports has made the most of them to find out the balance between outstanding graphics and smooth performance. Besides, you'll need a medium/high-end device to run it properly. There's no complaint about the quality of the graphics, but it seems EA Sports mobile didn't care for the smallest details as they do on desktop/console versions. Why? There are some (important) players that are far from looking like in real life, for example Neymar (pallid skin and beard) or Sergio Ramos (with long hair). What's more, there are some inconsistencies such as Özil's still playing in Real Madrid. Details don't keep us away from enjoying the game to the fullest, but there are still crucial.

FIFA 14 features now two different control system. The classic virtual stick and buttons which is a poor replacement of physical gamepad, and an innovative tap and swipe control mode. The latter is, actually, one of the innovations of this edition. How do they feel? So-so. It's quite difficult to get the hang of it and even when you start feeling confident with it, you still feel it isn't at the cutting edge of game controllers. It isn't about responsiveness but a concept issue. It's difficult to see players while messing with your fingers across the screen, to perform stuff at a time and have a wide range of available actions.

On the game modes / settings side, FIFA 14 is unbeatable: you can build your custom team from "Ultimate Team", training your skills, play real "Games of the Week", connect to Facebook and Origin, play online matches against other players and customize game, display, audio, controls and social features at your whim.

Finally, EA Sports is trying luck with in-app purchasing model in this new edition. Thus, players will be able to download (1.3GB free space required) and play FIFA 14 for free. However, some features will be locked unless you decide to open your Google Wallet.

REAL PLAYERS. REAL TEAMS. REAL LEAGUES. Welcome to the most authentic football game for Android smartphones and tablets. Feel the excitement of every pass, shot, and tackle with new touch controls. Plus, live every moment of real-world football mastery with EA SPORTS Football Club Match Day. Get in there with FIFA 14!

** This game has superior graphics and is packed with tons of real football leagues, teams, and players. Please make sure you have at least 1.35GB of free space on your device. **

FEEL THE PASSION
Featuring 33 leagues, over 600 licensed teams, and more than 16,000 players. From the English Premier League and La Liga to the German Bundesliga and beyond. March toward glory in 34 authentic stadiums. Plus, for the first time on mobile, listen to commentaries in English, French, German, Italian and Spanish!

MATCH DAY MADNESS
EA SPORTS Football Club Match Day lets you follow the heartbeat of your favorite club. Play along with real-world fixtures from top leagues. Every injury, suspension, and change in team form is reflected in-game – keeping you connected wherever you are!

BUILD YOUR ULTIMATE TEAM
Earn and trade, or buy and sell FIFA players to create your own fantasy team. Choose your play style, formation, kits, and more. Compete in tournaments to earn coins, then spend them on new players and items to improve your team. Play for free or purchase packs. The choices are endless!

INUITIVE NEW TOUCH CONTROLS
Point to move players around the field, tap to pass, swipe to shoot – and more! FIFA 14’s new Touch Flow Controls put the excitement of playing the world’s most popular sport at your fingertips – literally.

ROCK OUT – FIFA STYLE
Featuring a killer soundtrack with the hottest artists, from Empire of the Sun to Vampire Weekend. It’s an epic playlist only FIFA can bring you!

EA may retire online features and services after 30 days’ notice posted on www.ea.com/1/service-updates

FIFA 14 is the new edition of the popular football saga by EA Sports. EA Sports is stepping forward and taking more seriously the mobile version of its most popular franchise. Actually, if you've played previous editions of FIFA for Android, you'll notice FIFA 14 is a leap away from its predecessor. Although it can't be said that the game is flawle….

Experience the action of your favorite sport like never before! Watch matches come to life with vibrant graphics and ultra-realistic animations. ** This is a big game, so we strongly recommend connecting to WiFi before downloading. We promise – it’s worth it! ** REAL PLAYERS, REAL TEAMS, REAL LEAGUES Featuring over 22 officially licensed league…

A new season of FIFA Mobile is here. Experience all-new gameplay, graphics, Head to Head mode, team Chemistry, and more with an upgraded game engine. It’s the world’s game, taken to a whole new level for mobile. Build your Ultimate Team and take on opponents as you train any player to superstar status, attack rivals, and engage in fresh daily con…

This app requires you to have an EA Account, FIFA 19 (available on PlayStation4, Xbox One, PC), and a FIFA Ultimate Team Club. The FIFA 19 Companion app connects you to the world of FUT 19 wherever you are connected to the internet, so you can manage your FUT Club on the go. Featuring full squad management of your FUT Club, the FIFA 19 Companion…

An online tank battle arena. Tank battles are a craze, and while many rush to consider it an e-sport comparable to League of Legends or whichever, every big video game company launches its own tank game just to lose not the wave. The good part is that huge publishers as Chillingo won't ever release (or shouldn't!) a mediocre game no matters how muc…. 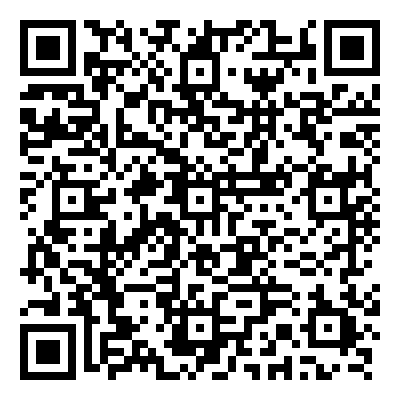 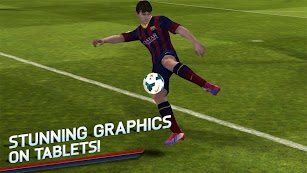 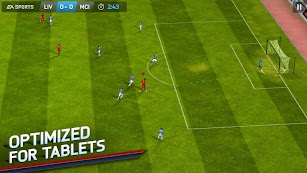 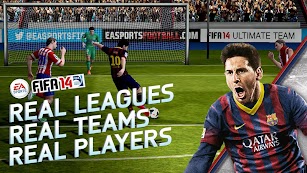 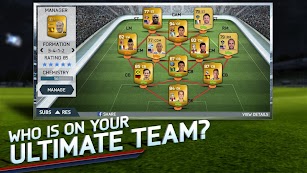 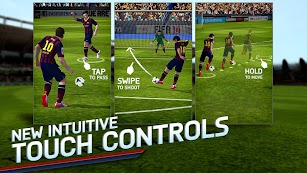 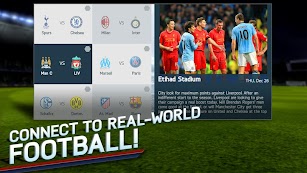 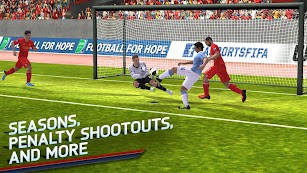