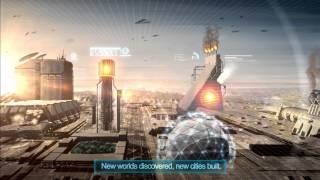 We've prepared a special Lunar New Year Event, so be sure to check it out!

Massive online games are getting more popular, thus getting more players and coverage. Of course, they aren't as PC games yet, but everything will eventually come.

However, some games are closer than others. Galactic Heroes should fall right between, because although artwork is all right and overall playability is complete yet not complex, but it sometimes errs regarding its linear gameplay and the utter lack of real action unless you love stats much. The leveling systems for nations, based on their leader is great, but may not be enough for action-seekers.

Galactic Heroes may not have the most original title or gameplay ever, but it's relatively a good strategy game. Perhaps it should have a solo campaign to make it more fun or some additional modes other than diving into multiplaying.

Fight for resources and conquer the universe in this thrilling Sci-Fi Strategy game, Galactic Heroes!

Experience the race for survival between the Federation of Empires and the Liberty Alliance as they clash to gain control over rare and essential minerals throughout the Universe.

Numerous heroes, each with their own potentials and special skills are in search of a leader who can lead them with charisma and vision. Identify and develop the potentials of the legendary heroes and conquer the Universe.

Mix and match from numerous types of battle ships, weapons, and special devices to build your very own fleet. Then organize your fleet effectively to create the ultimate and undefeatable strategy.

★ Build a powerful nation that will rule the vast universe ★

With the help of the heroes, construct buildings and conquer planets to expand your empire. Conduct research to develop the new technologies to aid you in building the most powerful nation!

This game was created specifically for the one who will ultimately conquer and rule the universe, YOU! Let Galactic Heroes immerse you in the world of Sci-Fi with spectacular graphics and massive-scale battles.

The fate of humanity rests in YOUR HANDS. Play the #1 Space SciFi Strategy MMO on mobile! Colonize planets, build epic fleets of spaceships and battle real players from around the world! 2525 AD. Man is an interplanetary species, forced into space and fueled by the discovery of 3 powerful new elements: Raon, Nugen and Sectium. Collectively called…

The universe is yours to conquer. A war of strategies and civilization is imminent. Galaxy Battleship, a sci-fi SLG mobile game that allows you to explore the universe and create a civilization beyond earth. Beginning as a planet commander, you must build your own base and keep expanding by developing buildings, technologies and military force for…

TOP SCI-FI STRATEGY ONLINE GAME! Fight for control of the galaxy, conquer the universe, and lead your alliance to victory! Facing potential assault from enemies on all sides, you'll need to discover and colonize new planets, build your military bases, produce epic battleships, and regroup the most powerful forces. Command your fleets, and w…