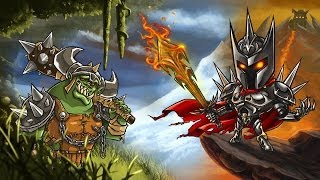 From the creators of several other high rated Tower Defense games, come Guns'n'Glory: Heroes, even when the medieval setting doesn't favor the "guns" part of the title. Anyway, have for sure there'll be a lot of glory in it.

Gameplay doesn't differ from traditional tower defense games. However, here the strategy is nearer to wisely manage upgrades instead of building the more towers the better, because you only get three (movable)towers: a knightly knight, an elvish elf and an also pleonasmic drwarven dwarf, every one with his specific cliche powers and cliche strengths.

Graphics and sounds are nice, but this game needs an option to fast forward pace when you know that enemies can't overrun you and far more characters and enemies. On the other hand, dialogues and plot are appreciated in we don't hesitate to tell you that this can be considered a great defense game up to its predecessors.

Sharpen your blades, polish your armor, focus on your magic and LOAD YOUR GUNS! Play the ultimate defense strategy game NOW!

Play without ads and start with 750 Gold Coins!

The kingdom has been attacked and all castles are under siege! Dreadful orcs and fearsome dragons roam the land! Join the heroes in their epic defense against this evil menace and become a part of the legend! Help Arlon, the Knight of Light, the Dwarven warrior Smirl and Eloa, the Elven wizard, in their battle against the forces of darkness. 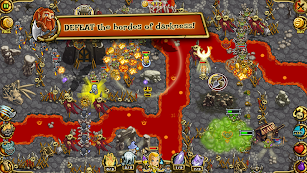 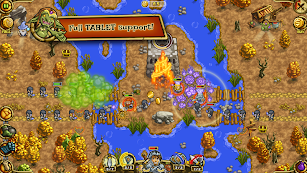 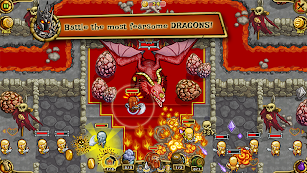 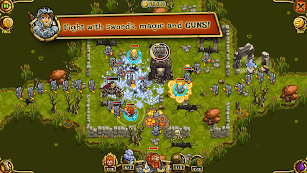 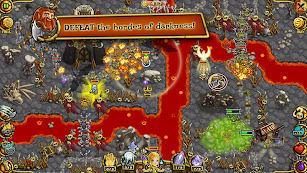 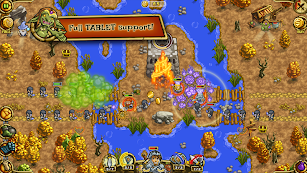 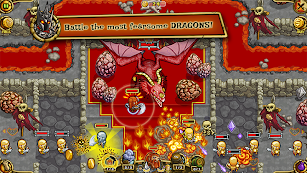 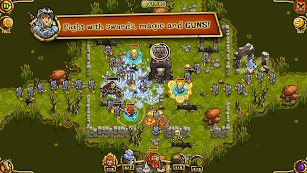 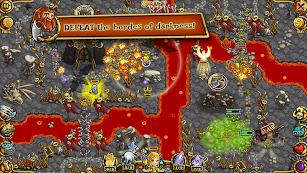 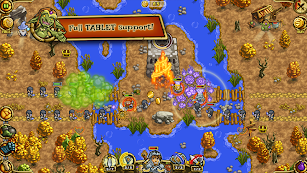 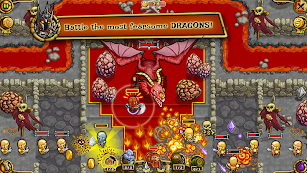 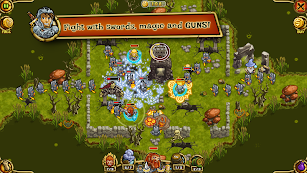 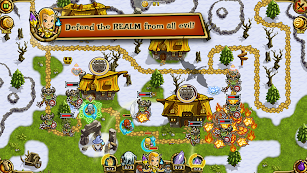 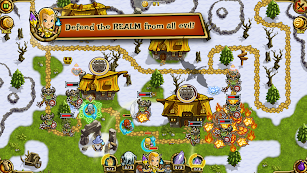 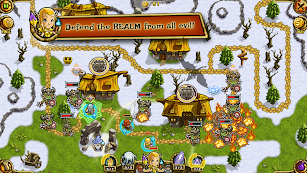