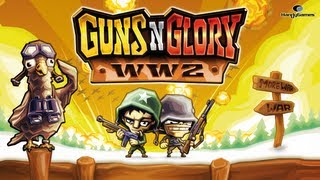 An evolution of tower defence games.

Handy Games, developer of Guns'n'Glory, not only doesn't kill the goose that lays the golden eggs, but tried to improve it. Hence shows up this utter overhaul of Tower Defence.

As any other Tower Defence game, you have to place your troops in order to defend key places on the map. These troops will automatically attack any nearby enemy. Contrary to most games, your troops can be moved once the wave has begun its attack. Likewise, you can buy new troops if you see you're running short of troops. Furthermore, you can choose which side you'll play at the start of the campaign. Whether Axis or Allies, every side has its own strengths and flaws.

Game comes with fun graphics, an adequate music and a hours of gameplay ahead. Although there are only 12 stages and four units on each side, it won't seem a short game because of the experience system, the items and the management of which units are bought. All together creates the feeling of a flawless and fun game. Ads can be annoying, though, there's an in-app purchase to remove them at once.

Grab your bazookas and ready your grenades in the thrilling successor to the award-winning action-strategy game Guns’n’Glory! Order your tanks into combat and march your troops to the frontlines of World War II. Axis or Allies - the battle will be decided by YOU!

It’s the winter of 1944, Western Front. You and your boys are on guard duty when the enemy decides to throw wave after wave of troops at your position. Time to man the defenses! Recruit and upgrade troops, order tanks into battle and beat the enemy with superior tactics and firepower! Call in air strikes to gain the upper hand and collect supply crates to boost troop morale! Put the heat on the enemy with your flamethrowers and have your medics tend to your soldiers! Take up the guns and earn your glory!

Thank you for playing ‘Guns'n'Glory WW2’! 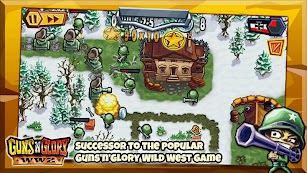 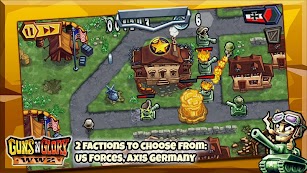 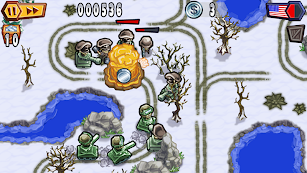 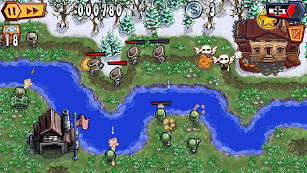 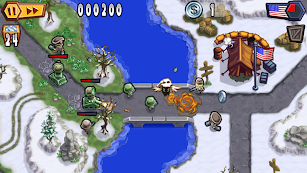 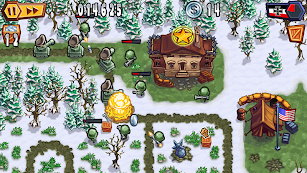 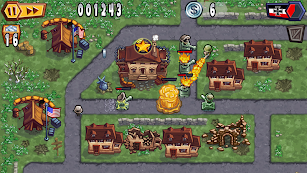 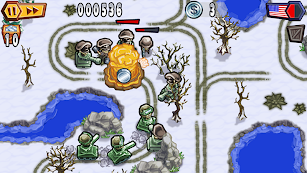 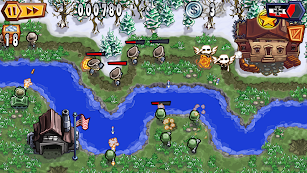 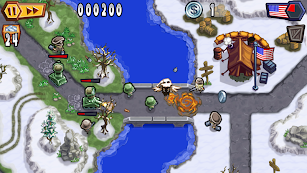 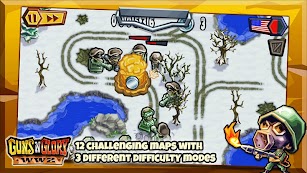 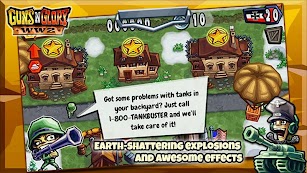 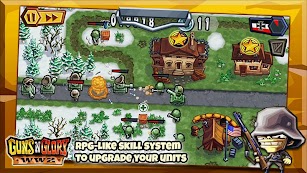 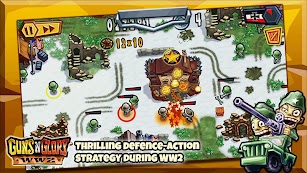 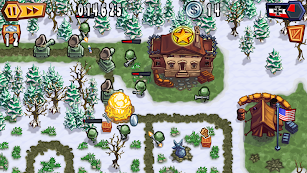 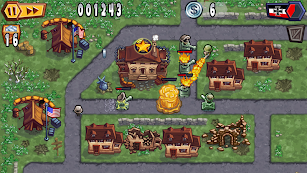