*** Castle Defense released ***
Castle TD: The best stragetic/arcade castle defense ever!
You can install it from google play store

"Are you telling me that a Saint is trying to steal our dragon eggs?"

At the same time that Lair Defense changed its name to Lair Defense Dungeon, DroidHen launches this Shrine version, which is the same game with fifty new levels and a somehow facelift. Graphics are slightly better and coins are tradeable for mana (something already brought in the last update of its twin dungeon brother)

There have been some minor gameplay changes, though. As stages are now larger and there are less enclosed spaces, it may seem that red dragons are less useful, in exchange of a renewed use of ice dragons. Poison dragons remain halfway of both, nothing remarkable at first but essential when you start to face large groups of druids and saints in endless (aka "survival") mode. Besides that, no new dragons, no new powers, no new spells, no new enemies, no new anything.

Therefore, if you have ended Lair Defense (quite a feat, by the way) or, more probably, have got stuck somewhere in the fifth world. Anyway, Lair Defense is still one of the best -if not the best- games to introduce oneself to defense-like games. It's easy, well balanced and comes with a lot of levels.

Greedy humans are invading dragon's world again! They're well armed, and will not stop until they destory dragon's world. Dragons are angry, and it's time for them to fight back! They are familar with the map, they are well trained, and they are ready for the battle. It's time for YOU to choose smart tatics to defeat greedy humans!

Dragons/Spells:
- Fire Dragon: Defends against invading enemies with fiery power. It is one of the most powerful and ancient creatures.
- Ice Dragon: A heroic defender specializes in ice attack. It can freeze invading enemies.
- Poison Dragon: Defends against invading enemies with poisonous power. Getting too near to it is horribly dangerous.
- You can raise dragon from young to adult and giant. Many special skills are only available for adult/giant dragon.
- Fire rain: special spell that damage an area by fire rain.
- Ice up: A spell that temporarily freeze all enemies.

Enemies:
- Varying from armless peasants to druids, the masters of magic power.
- Thieves move fast and become invisible as they like;
- Mage is immune to fire dragon attacks.
- Priest is the master of healing and prevervation. They can heal themselves quickly.
- ...
- And many more enemies are joining battle as level goes.

A Draconian defense game.. Droidhen remains faithful to itself with Lair Defense, releasing an ad-supported but otherwise free game, graphically over than average and, overall, quite well presented and playable. As it couldn't be otherwise you may to pay to boost your furtherance exchanging real money for real in-game gold coins. Maybe it's true th….

Unicorns : the fantasy creatures we all love. Your asked for it, so here it is. I don't think we've received more requests than we have for a Unicorn game. Indeed, you will find it similar to the other clan games, but we tried to include some new monster enemies. In Clan of Unicorn, you have the opportunity to control your very own ho…

Join over the 5 millions players in the Prime’s World Universe and fight off hordes of monsters created from a mysterious cataclysm event! Defenders: TD origins merges classic tower defense gameplay with collectible card mechanic. Your towers, spells and traps - all are the magic cards. Collect them, fuse them and get them even more powerful! Freez… 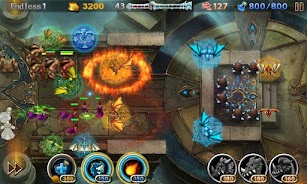 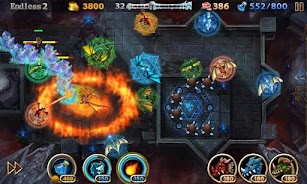 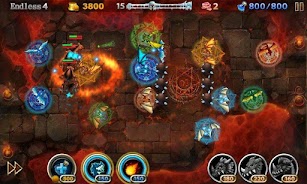 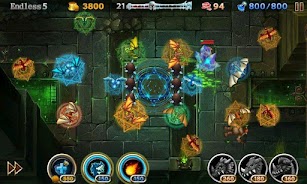 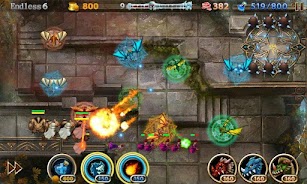 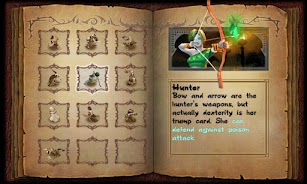 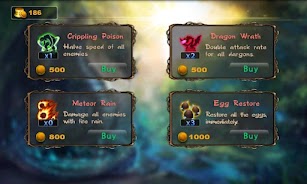