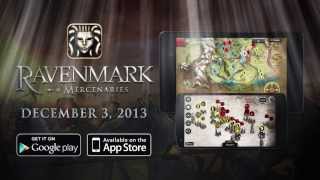 "For the bean, the queen and the machine"

Ravenmark Mercenaries is a strategy game set on a fantasy world where three realms struggle to take over the land, in a plot full of intrigues, tattetales and more dead people than in Game of Thrones.

This game features a mix of hand-drawn and digital graphics that, although they aren't outstanding, feel good with the mood of the game, even though animations certainly deserve some improvement to gain spectacular nature. Anyway, above technical stuff there's an enthralling storyline covering a very long solo campaign, along an asynchronous online mode to take part in skirmish battles with your friends.

Battles are more based on tactical choices as formation and facing, plus who moves where and when, rather than foraging resources. This doesn't mean you don't need resources, of course, but units are limited so it isn't a game about who recruits faster.

In conclusion, it's an excellent strategy game, suited for all degrees of love for strategy. In addition, its freemium formula allows to play it and reach all levels without spending a cent unless you want to.

Build your mercenary army and raise your banner to epic heights in a broken, ravaged world. Wage head-to-head battles against other players in the finest turn-based strategy wargame, RAVENMARK: Mercenaries!

== TROUBLESHOOTING ==
If you encounter any of the following problems

- For players who encounter issues regarding resource errors on the introduction screen, we recommend verifying if you have set up your device(s) to be able to download data from the Google Play Store.

== PLEASE NOTE ==
RAVENMARK: Mercenaries is FREE TO WIN! The game was designed such that you do not need to spend real money to defeat other players, only your wits. However, certain options to customise your army, which are not required for enjoyment of the game, may be purchased with real money. Additionally, the game is ad-supported. If you prefer a seamless play experience without ads, please consider supporting us by purchasing the Collector’s Edition in-app purchase to remove ads.

Mercenaries delivers an evolution of the turn-based strategy mechanics that won critics over in the original 2011 wargame, RAVENMARK: Scourge of Estellion. Mull over strategic troop placement in the Command Phase, before committing your orders into the “we-go” Battle Phase where friend and foe move and attack in the same phase. Conquer your foes with grit and tactical superiority!

MERCENARY MAYHEM
Challenge other human players to asynchronous battles, or embark on mercenary contracts to sharpen your skills on your own and gain favour with each of the warring nations. As your mercenary company grows rich in silver and renown, be prepared to face off against tougher challengers in multiplayer matches.

CUSTOMISED COMBAT
Acquire the services of diverse Brigades of mercenaries, each with their own history and combat styles. Mix and match these Brigades together to form your own style of combat! As you gain experience in battle, experiment with Commander Traits to embellish your style of command, and hire Advisors to reap greater bounties from your battles.

TACTICAL EVOLUTION
Stalwart combat features like Standing Orders and Formations return to offer expanded tactical options for players, while new features such as Zone of Control and the Standard Bearer throw game-changing twists into battle! Observe the satisfying progression of your mercenary company as your Brigades harden with battle experience.

A WORLD SCARRED
In the events of Mercenaries, set six years after the events of the original RAVENMARK, the world of Eclisse has been scarred irrevocably by the vendetta of Estellion’s vengeful new ruler, the Scarlet Empress. Players may delve into the world’s rich lore and discover the evolved power struggle between the three warring nations: once-glorious Estellion, the fledgling Varishah, and silent but stern Esotre.

RAVENMARK: Mercenaries requires a network connection to play. Also, please note that the game is a constant work in progress. Certain aspects of the game involving multiplayer combat may be rebalanced from time to time to improve the player experience.

Have any problems? Suggestions, perhaps? Or do you just want to rant (or rave)? We’d love to hear from you. Please reach us at feedback@witching-hour.net

A deep strategy game. Battle Nations is a pretty original game that combines turn-based strategy battles and camp and resources management, along a nice and entertaining story. Although gameplay is quite straightforward, there are enough options to be complex yet enthralling. Cartoon-like graphics may or may not be of your liking, but are clean and….

Ground Pounders is a hex-based, turn-based strategy wargame. Inspired by classic strategy games and steeped in the lore of the Sword of the Stars universe, Ground Pounders offers a new generation of gamers an updated taste of turn-based strategic warfare. Best of all, you can play it cross platform between desktop machine and mobile devices. Groun…

Command your army, plan your tactics and lead to victory in this world war game. Become a world conqueror in this text RPG game. The best world war strategy game on mobile. Command army, navy & airforce military forces. Commander! Join the battleground and experience one of the best strategy war games free on mobile. FEATURES: Deploy a…

Hex Commander: Fantasy Heroes is a turn-based strategy game that will put you right in the middle of war between Humans, Orcs, Goblins, Elves, Dwarves and the undead. Build a mighty army and lead your troops into victory using the unique skills of your heroes and units. Make use of terrain covers and buildings to boost your statistics and outwit yo… 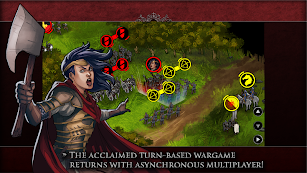 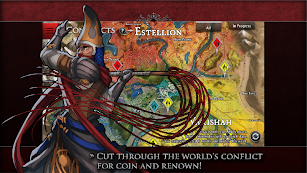 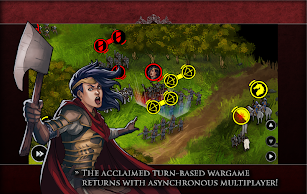 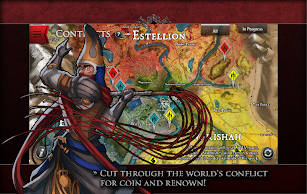 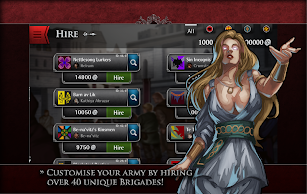 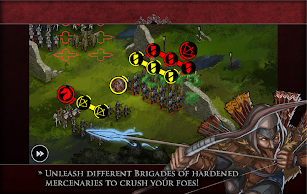 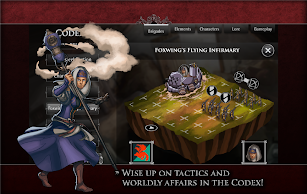 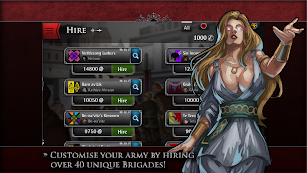 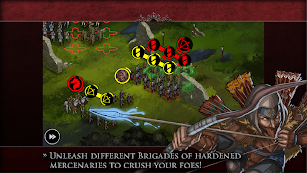 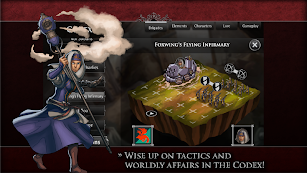 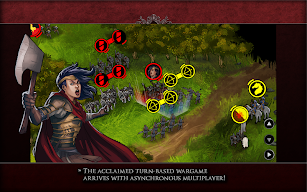 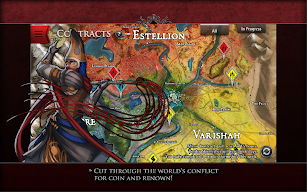 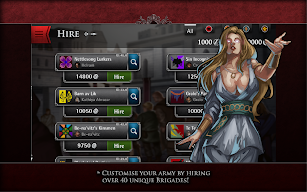 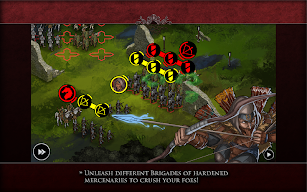 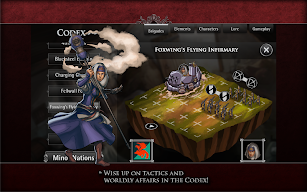