Guess the word based on the image

"How extrapolated is your lexicon?"

There are a zillion and a half guess-the-word games, but, I'll admit it, this one is pretty good. MOB IN LIFE's PICS QUIZ - Guess the words! is a well made guessing game wherein you must divine the magic password based on association with the image above.

In single player mode, you'll progress through levels that gradually increase in difficulty. Each image will have three associated words with it - they might be nouns, verbs, or adjectives (I have yet to see a conjunction or interjection, but you never know). Use the letters below to form the correct answers to win some coins that can later be used for hints. Multiplayer mode is way more interesting; go up against specific friends you know or just a random Dude From The Cloud in a quest to solve as many of the puzzles as possible within a time limit. Somehow, being up against Mr. Faceless From The Internet gives the solving a sense of urgency and addictiveness usually lacking for me from these games. It's - how shall I put it? - not bad.

That's about the best thing I can say about MOB IN LIFE's PICS QUIZ - Guess the words. It's not original, plus there are plenty of in-app ads attempting to get you to exchange your real money for fake money. But, you know, the gameplay is decent, and it'll appeal a great deal to a specific segment of the population. Maybe that's you.

1 million players. The #1 multiplayer pic & word game. Instant and easy to play alone, with your friends or other players. Guess hundreds of fun and enigmatic photos and enjoy this fast brain challenge !

A SIMPLE GAME, YET ADDICTIVE: guess the words one stunning photo at a time. It’s a fast and fun challenge for everyone!

YOUR SOLO BRAIN CHALLENGE: the hardest pic & word game with over 400 challenges. Can you solve all the puzzles?

FUN AND FAST MULTIPLAYER QUIZ: 80 seconds to guess as many words as possible. Can you beat your friends?

-------------- FEATURES --------------
★ easy to play: 1 premium pic to guess, a few letters and 2 jokers. No complicated rules, just an easy and fun thinking game!
★ hundreds of challenges to solve. Will you need hints to reveal letters and solve the riddles?
★ solo mode: guess 3 words per pic on over 400 levels.
★ multiplayer quiz: guess more words than your friends in 80 seconds.
★ play with your friends: send each other hints to find the right letters and guess the photos!
★ an addictive game for everyone
★ new premium pics added frequently.
★ multilingual thinking game.
★ online and offline brain game.

If you like word, letter, pic, puzzle and brain games, or photography, you will love this instant and easy new game! Play with your friends and guess words to solve the riddles of this fast-paced challenge. A new social brain game for the whole family!

Ask your friends to download the game to challenge them!

What The Riddle? "What The Riddle?" game is surprisingly simple and very addictive. Guess the right answer using available mixed letters. This is a quiz game where you have guess challenging riddles. Throughout the game you'll be presented with a bunch of different level packs, each containing pictures of various interesting topics.…

Whats the riddle we are looking for? Do you like words riddles? Play the best word game ever Little Riddle! PURE, INSTANT FUN Free, No Registration required. Super easy to get started. Enjoy the puzzle fun immediately. CAN YOU GUESS THEM ALL? Best game for all fans of puzzles, word games, brain thinking, mind games, logic puzzles and riddles…

Are you ready for the Challenge! Latest Word phrase Quiz Game!! In What's Pics Phrase you will see a picture and a phrase with missing words. You need to guess the missing word and you WIN! - Highly Addictive gameplay ! No registration , no complicated rule . Simple. Play. Fun. - Tons of puzzle levels to challenge your brain! Easy level to di…

Earn lots of coins by answering all the riddles correctly. Guess the Riddle: Puzzle Game is a quiz game in which you need to guess the riddles available. The design of the app is very detailed and the only thing you need to do is to read the riddle and tap the letters of the answer. For every guess, you earn some coins, which you can later use to p….

Are you ready to play the most ENTERTAINING and CRAZIEST and the most dumb riddle game ever? Fun ways to think will make you think in ways you have never ever thought! Get ready to have your mind-blown and answer some of the most amazing picture stump riddles ever. Get it NOW! Its FREE to play! There are so many fun, challenging and dumb riddl…

Want the best free word games to play with friends? This word puzzle game is perfect for all ages, young and adults alike! Get Pictoword for free and join millions of trivia players worldwide. Play with no wifi anytime, anywhere! Fans of brain games for all ages, this is for you! Pictoword is a cool, simple yet addictive word game where you "…

Write the word below and complete all the levels. Photo Quiz: what’s the word? and Guess that Picture are classic and popular word game for mobile devices in which the objective is to look at 4 different pictures and find out what word they have in common. This apps include hundreds of pictures and have a simple gameplay: select the letters that fo….

More by MOB IN LIFE 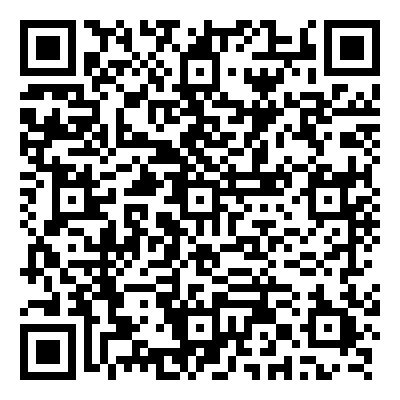