Thank you so much for your support! Your feedback and reviews help us to make the game even better and bring you great new games too!

Guess the icons to advance

It seems that this 4 pics 1 word craze isn't a passing one, and who knows if we are talking about a new Angry Words in town. The essential premises have been kept likewise, though in this edition you have to guess a TV character or series, a film or a brand using the letters you are given. You can exchange a joker to buy a correct letter or to remove incorrect ones. There's no tutorial or whatsoever.

Game can be quite misleading, as some titles aren't exactly displayed as they should be: for instance, "Simpsons" is the correct answer instead "The Simpsons". Anyway, you'll easily get over the first twenty five or thirty first challenges before getting stuck and all jokers spent. Then, there'll be no other chance than spend real cash to buy extra jokers, because there's no way to reset the game (well, you can always chase your friends asking for the solution, of course) unless you prefer to delete all data and reinstall it.

In a nutshell, a good game to be downloaded and given a go. Once you can't advance further it's up to you: pay or uninstall.

From the creators of #1 app "4 PICS 1 WORD”
Celebs, brands, movies and more – can you guess what the icon depicts?
Find out why the whole world loves Icomania and JOIN THE FUN!

SIMPLE AND HIGHLY ADDICTIVE GAMEPLAY
Check out the icons, guess the answer and win! There are hundreds of puzzles to solve!

TEST YOUR KNOWLEDGE
How well do you know pop culture? Icomania keeps you guessing with awesome icons depicting celebrities, movies, brands and more…

Choose the correct letters and guess the icon meaning. All Word Games is another one of those classic icon games where you need to guess who or what lies behind the image presented. There are several categories which you need to complete: cars, soccer teams, bands, logos, characters, movies and celebrities. You just need to take a look at the lette….

Look at the cartoon and guess what it is. n Iconmania - What's the Icon? your goal is to complete all the levels by guessing which icon is represented by each cartoon. The answer might be tv shows and movies, characters, famous celebrities, countries and so on. Progress through the level packs and complete your answers by tapping on the correct let….

A quiz game to put your knowledge into test. IcoMania is already a classic genre inside the world of applications. Designed as a quiz game, your task is to answer every question by selecting the correct letters to spell the right result. Watch the icon cartoonized and try to guess which movie, character, celebrity, city or brand belongs to. The des….

Welcome to the Icomania world!!! Here you will have more than 900 cartoons to quiz, they are all imaginative and handcrafted cartoons! Can you guess all the pop icons? Try this Icomania game! It's Free! A man and a woman was riding on a deer in a snowing day, what's this movie? -- It's Frozen! A super hero wearing an American suit and…

Look at the icons and guess which movie it is. Icomania - Guess the movie is a quiz game for Android in which your objective is to guess all which film is represented by the icon you see on the screen. How to play? Gameplay is simple: progress through the levels by guessing each icon. Tap the correct letters to form the complete word. Keep on colle….

Guess the brand and continue putting your knowledge skills into test. Guess The Brand is a popular game that measures your skills in brand knowledge. In this app, you have more than 1.000 logos available for you to solve. Navigate through the thousand logos and choose the letters that form its name. Remember that you can ask for help by using the h…. 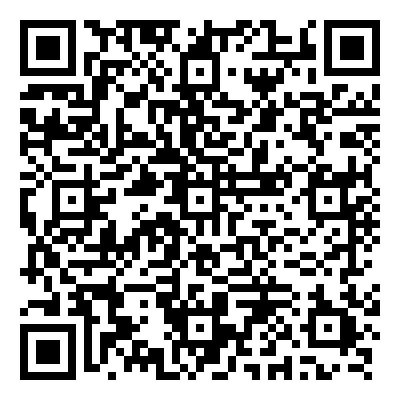 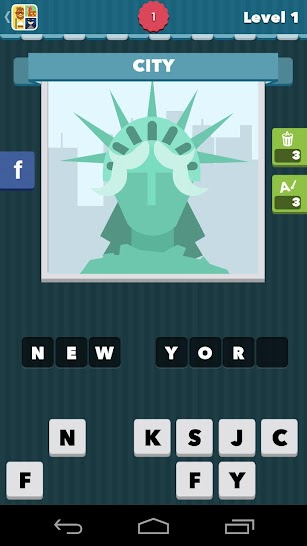 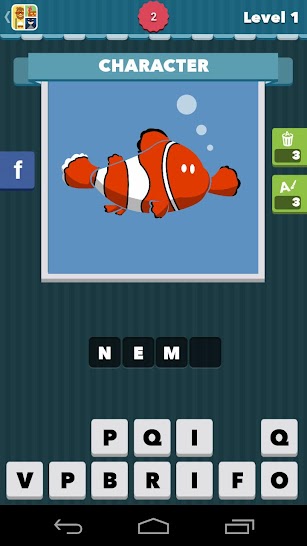 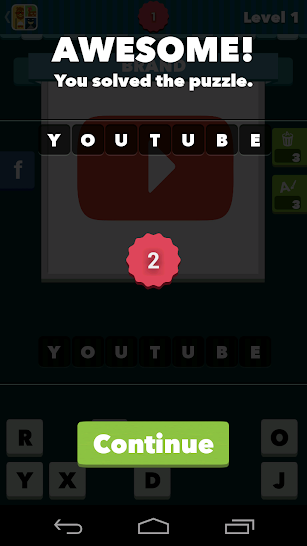 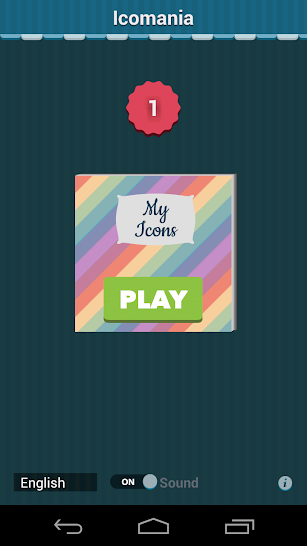