Continuing the massive update for 2017!
* Fixed: Plays nicely with older devices and caught a new iOS 10 bug!
* Improved pressure sensitivity for better drumming performances.
* Fixed: Plays nicely with background audio so you can jam out with your tunes.
* Custom sounds are now normalized and trimmed nicely.
* Improved volume boost so everyone can hear your beats!
* Polishing the all-new audio engine to work on everything from the iPad 2 to the iPhone 7.
* As always, let me know if you have thoughts or suggestions!
* Enjoy your drumming!

Tens of thousands of positive reviews agree: Ratatap looks and plays the best.

The harder you hit the drums, the louder they sound. Swirl your finger around for slower or faster rolls. The drum sound varies slightly from hit to hit, just like real drums. With the fastest response time of any drum app, it feels incredibly good to play.

Choose from one of the fifteen (15!) included kits. Unlock a hidden bonus kit. Upgrade to the full version to create your own customized drum kit, choosing from the hundreds of included sounds.

Features:
• 10 built-in kits -- Rock, Disco, Hip-Hop, Electronic, and more!
• The harder you hit the drums, the louder they sound! A first for an iPhone app!
• The fastest response time -- more than 60% faster than the competition!
• Hundreds of drum sounds, professionally recorded at 44.1khz high fidelity!
• Natural drum rolling -- the faster you drag your finger, the faster the roll!
• Realistic modeling of drum strikes so cymbals blend and snares don't sound like machine guns!
• Pitch bending depending on where you hit the drums!
• The interface is naturally pulled up from the center tab.
• Multitrack recording and online sharing!
• You can even share your performances online on the web! Tweet, tweet!
• Jam out with your iPod library tracks.
• Try our "Dueling Drumsets" so two people can rock out with their own set on one device!
• So much more!

[Thanks to Ratatap Drummers, bugs have been spotted and stomped! If you're having problems hearing sound, try restarting the app or the device. Look for an update soon -- with new features too boot!]

"Ratatap Drums is exactly what you need and whatever you want it to be, all at the same time. It is the complete package and absolutely fun at the same time. If you are into music or percussion, this app is a must buy." - AppAdvice.com Review (full version)

Electrical drive technology: Calculate the brake energy of your system and check out the advantages of the usage of our Dynamic Energy Storage DES 2.0. That’s the way a calculation software should be: easy to use, well-arranged while offering concise results. Calculate your systems peak braking power and brake energy in a few steps. The result tel…

The best reading experience - Children's classic story "Alice in wonderland " now available on your iPad. This is totally new reading experience: illustrated audio books with interactive animation on each page. Classic story in new multimedia form:It tells Alice's adventures. Tell us to learn her kindness and helpful. Always give others’ help, n…

Somewhere deep in the heart of Africa is a rhino who charges at fruit stands with extreme prejudice, jumps on rock piles that must be part trampoline, clears gorges in a single bound, and battles the indignities of poaching with a single horn blast. Is he Super-Rhino? No. He's a humbly normal rhino who simply can't stand anything in his path, and i…

For users searching for a simple and uncomplicated way to create that routine shopping list, this app is for you! Being only a shopping list with no complicated add-ons will make it easier for you to use. Use the Quick Add tab to create a list as you remember needed items in your busy day, or create a fuller weekly list using the extensive bank o…

Download this FREE app to help plan your visit to the biggest events coming to NRG Park. Find out which parking lots are full and which ones are open, traffic conditions and road closures near NRG Park, event information, security policies, information on public tours and so much more. If you're coming to NRG Park this app is a MUST HAVE.

Over 5 million downloads, and we've just released Frametastic 2.0 with Instagram Video Publishing. New: VIDEO SLIDESHOWS for your frames! New: AUTO-FRAME your photos (select a bunch of them, and we'll automagically generate a perfect frame to fit) New: Full screen collage maker! Frame your photos into memories and share them with your friends and…

More by mode of expression, LLC 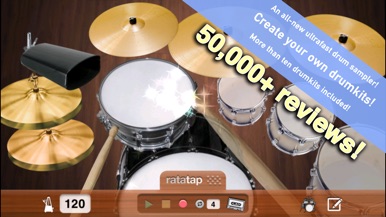 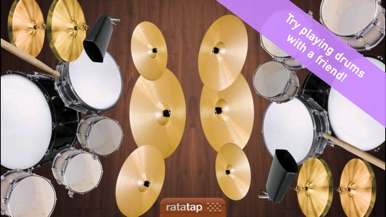 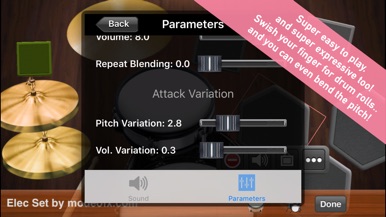