This is the official game for Dhoom 3, the third installment in the Dhoom franchise. Perhaps you haven't ever heard of it, but know that they are very successful in India and other countries cinematographically sheltered under the Bollywood umbrella. They're about an anti-hero, who is a thief but also an outstanding illusionist, a pair of good buddy cops in their mission to catch and arrest him, and a pretty cat burglar.

Regarding the game, good news is that it's a very fun game, technically above average. We'd like to highlight tilt controlling, which is extremely precise and key to enjoy the game. It's very easy to learn how to play and it becomes quite thrilling once you get the hang of it and get a few power-ups and costumes.

On the other hand, to put it mildly, it's a yet another Temple Run-like upwards ever-running game, an any old old arcade racing game if you prefer so. Said otherwise, it doesn't bring anything new to the genre, indeed everything is very worn out and there's no goal besides raising your own record and share it with friends and whoever alike.

It's a pity that it's focused on a single scene of the film, when we're sure that Dhoom fans would have liked most some minigames or scenarios to reflect other scenes and characters. Anyway, fans of the film will download it for sure; and those looking for a simple yet not easy action game might well give it a ride.

THE OFFICIAL GAME FOR THE BLOCKBUSTER OF 2013 - DHOOM:3 BY YASH RAJ FILMS PVT. LTD.

For all the fans of Dhoom franchise, here is the first in the series, action packed, thriller Dhoom:3 The Game. Don the cape of the Dhoom:3 movie anti-hero Sahir and zoom through the streets of Chicago on your Super Bike as you evade ACP Jai Dixit, Ali and the Cops. With simple Tilt and Tap controls, enjoy hours of fun filled action in this 3D endless racing game.

The Cops are out in full force and will stop at nothing to catch you! There's just one way out - Ride hard and fast through the streets on your Super Bike battling heavy traffic, cops, pursuit helicopters and more! Use the Nitro power-up to reach extreme speeds and leave everybody in your trail! Trouble ahead? Blow away everything in your path with the Sonic Pulse & keep the Chase up!

DHOOM:3 THE GAME FEATURES:
*State-of-the-Art Graphics for an awesome gameplay experience!
*Responsive Accelerometer and Tap Controls to steer you to victory!
*Collect Coins In-Game and use them to buy cool bikes, racing suits and Power-Ups!
*Hit extreme speed with Nitro boosts, clear your way with powerful Sonic blasts and become invincible with Shields.
*Race up the Leaderboards and show everyone you are the master of your destiny!

All set to end the year with a Dhoom? Get Dhoom:3 The Game on your iPhone, iPod Touch and iPad now and let the Chase begin!

All Intellectual Property in Dhoom:3 and its characters, trademarks, associated artwork and designs are exclusively owned by Yash Raj Films Pvt. Ltd. © 2013 All Rights Reserved.

All Intellectual Property in Dhoom:3 The Game software are exclusively owned by 99Games Online Pvt. Ltd. © 2013 All Rights Reserved.

********Top Speed Boat Game Police Chase Escape ******** Find out how fast a top speed powered boat can really go, Fly past cops and then try to get away with it. **** ALL NEW Free HD ADVENTURE - POLICE CHASE Boat RACE ***** Race your Fast Sports Speed boats down the Ocean Waters and avoid the cops from catching you at speeds of over 200 miles p…

Ever dreamed to become a really brutal cop, chase criminal people and drive superfast police cars? Now you have a chance to embody your dream! Choose one of these powerful police cars and join the tournament of Offroad Cops Car Racing Rush 3D! Prepare to the one of the most significant races of your life! Improve your driving skills during the trac…

Take on the role of a police bike rider in this newest adventure game. Ride like wind at a furious pace for an instant adrenaline rush. Chase these robbers on your heavy bike and put them behind bars. Crime rate is on the rise and gangsters roam freely. As the motorbike cop you need to catch these bad guys and bring peace to the city. Criminals ar…

**** ALL NEW ADVENTURE - POLICE CHASE BIKE RACE ***** Race your Ducati Sports Motorcycle down the Desert Highway roads and avoid the cops from catching you at speeds of over 200 miles per hour. High speed chase game, police at every turn, collect brief cases of money to power up to get faster and better bikes. Stay out of the way of pedestrians…

Cops: Dispatch We got a 10 14 on the run! Dispatch: Take them Down, Stay Safe Cops: 10 4, starting chase, NOW! Lead the chase with the use of your machine gun equipped right on your hood and bust those enemies along the way. It is never been this so intense and extreme where a use of guns is necessary to drive those enemies out of your way. Exp…

**** ALL NEW Free HD ADVENTURE - POLICE CHASE BIKE RACE ***** Race your Ducati Sports Motorcycle down the Desert Highway roads and avoid the cops from catching you at speeds of over 200 miles per hour. High speed chase game, police at every turn, collect brief cases of money to power up to get faster and better bikes. Stay out of the way of pede…

Download our best motorcycle game now to feel like a true champion driving in an adventure you will not forget! If you love the Dirt Bikes and speed on two wheels this is the game you've been waiting for! You have to get to an appointment as soon as possible and will only be on time if you go with a bike. You steal an amazing Dirt Bike, but an un… 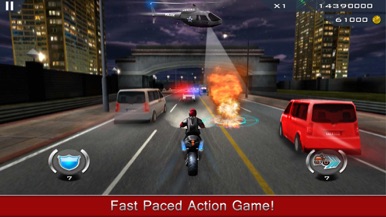 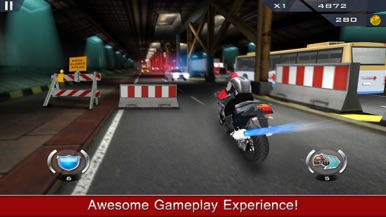 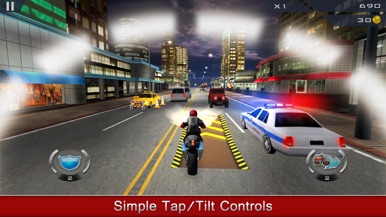 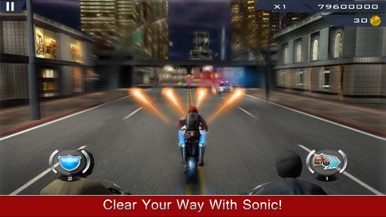 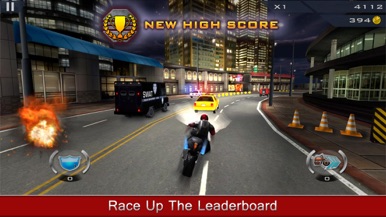