Sequel to the successful Blood & Glory

"Rome wasn't burnt in a day either"

Glad...I...at...or... they seem random muttered words, but when are put together, well, you have a word game then, and a nice way to start this bloody review and catch your attention, I hope.

As usual in Glu's games, be prepared for a 250Mb extra package to run, plus extra time to unzip it. When it's finished, you'll directly jump onto the fight tutorial, where you will face a huge cyclops. By huge I mean huge, suggesting that this new edition of Blood & Glory will bring more fantasy elements than its predecessor. It's also new the comic-like scenes between combats, giving a Frank Miller's aura to the whole.

Graphics and sounds are bloody beautiful, making the most of nearly every device known. The freemium system works rather well, though game isn't easy once you are on yourself beyond the starting stages. There will be a point where you will have to choose between getting stuck or release the dough. The daily bonus formula is an incentive to play for a while every day, though.

Gameplay has been honed and it's more spectacular than ever. Anyway, it still keeps that round based touch that leaves it away what we could call a soulcaliburish experience and takes it closer to something more strategical, where timing isn't as important as paying enough attention and don't let you be fooled by feints or over extended attacks.

The story is appreciated, even when it's a walking cliche. Overall, it's a great game that makes mobile gaming greater.

Optimized for the iPhone 5!

Welcome to Blood & Glory Legend – the highly anticipated sequel to the AAA blockbuster smash-hit Blood & Glory! Return to the arena and bask in the blood-hungry cheers of the crowd as you fight to become a LEGEND!

“Blood & Glory: Legend still manages to be one of the premier fighting games on smartphones and tablets, with a plot thrown in for good measure.” – Game Trailers

“Fans of the first game should not be surprised to learn that this one looks amazing.” – Gamezeebo

“Visually, Blood & Glory: Legend offers distinct improvements over its forerunner, with detailed environments, impressive combatants, and neat effects such as the blood patches that appear on the fighters as they receive damage.” – PocketGamer

The top-rated gladiator combat game continues with Blood and Glory: Legend! Equip lethal weapons and epic armor in your quest to achieve blood-soaked victory over the Emperor himself!

MOTION COMIC STORYLINE
Journey through the Empire, leaving blood-thirsty bosses in your wake as the all new animated comic story unfolds!

STUNNING & AWARD-WINNING AAA GRAPHICS
The bleeding-edge graphics are optimized for the Retina Display of the iPhone 4, 4S, iPod (4th gen), iPad 2, New iPad and the iPhone 5. Note that the iPhone 3GS, 3rd generation iPod and lower devices are not supported.

DAILY BONUS!
Come back every day to earn free money and equipment! Complete battles ever day to earn even larger Bonus rewards!

PLEASE NOTE:
- This game is free to play, but you can choose to pay real money for some extra items, which will charge your iTunes account. You can disable in-app purchasing by adjusting your device settings.
- This game is not intended for children.
- Please buy carefully.
- Advertising appears in this game.
- This game may permit users to interact with one another (e.g., chat rooms, player to player chat, messaging) depending on the availability of these features. Linking to social networking sites are not intended for persons in violation of the applicable rules of such social networking sites.
- A network connection is required to play.
- For information about how Glu collects and uses your data, please read our privacy policy at: www.Glu.com/privacy
- If you have a problem with this game, please use the game’s “Help” feature.

THE ULTIMATE BATTLE FOR ETERNITY HAS BEGUN… After 20 years of peace in Northern Udar, a powerful new Demon threat has emerged under the command of the evil Demon King Kilic. The Demons have overrun and transformed the once vibrant land into a cesspool of danger and evil. Only the courageous Eternity Warriors can defeat this rising threat to the wo…

ONE MAN. ONE WAR. YOU ARE THE FRONTLINE COMMANDO. As the sole surviving Commando of a renegade attack against a ruthless dictator, you are stranded on the frontline and hell-bent on payback. You must use all of your specialized skills to survive the onslaught of the enemy forces and avenge your fallen soldiers. SEE AND FEEL THE ACTION The ult…

NOW WITH BOSS FIGHTS, NEW GANGSTAS, PIMP YOUR PAD & NEW WEAPONS!! Small time thugs don't survive these streets The streets of Mission Hill are as deadly as it gets. Build up your gang from the toughest bunch of STREET SOLDIERS, ex-cons and wanted crooks roaming the blocks. To survive and thrive in these dangerous neighborhoods you need to TAKE O…

A game about killing dragons. This app requires for an additional 400 Mb download. Dragon Slayer comes from the creators of Blood & Glory, an it's played so so the same way. In this case, you will be a multiclass dragon slayer in his mission to defeat every living dragon on Earth. Regarding ecology and pedagogy it may be a fail, but you will soon r…. 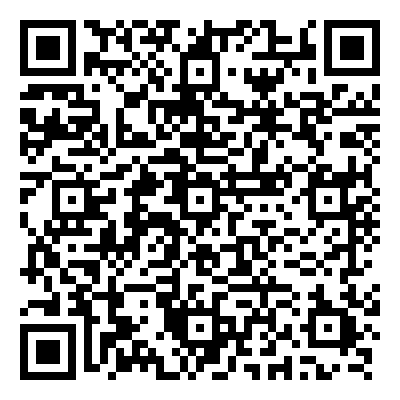 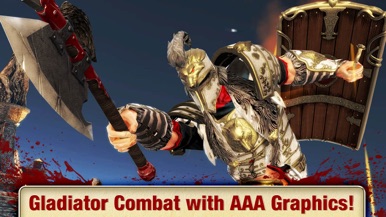 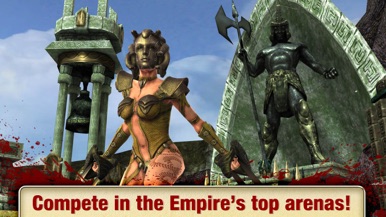 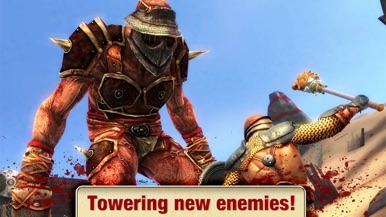 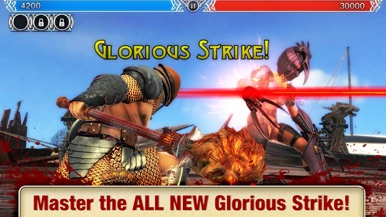 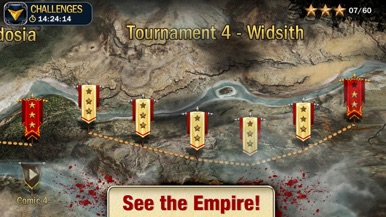