Undertake an intriguing campaign or challenge other players online!

Requires iOS 5.1.1 (see notes on device compatibility in game description)
Please send feedback to games@i-free.com
Or join us on Facebook at facebook.com/MushroomWarsMobile

Conquer all troops and defend your towers

Mushroom Wars is a battling strategy game between mushrooms who used to be friends before. Your task is to guide them and try to bring peace to the old neighborhood.

Create your own army, own dangerous weapons and try to conquer all the enemy tribes in every level by planning the best strategy and don't get too frustrated when troops of enemies come to your towers: stay calm and attack wisely.

Graphics are perfectly designed and very detailed and engaging. The app allows you to play with friends in a multiplayer mode or simply enjoy the game by yourself, whatever it's best for you.

Controls are simple to get the hang of: swipe your finger from a tower to the one you want to send your troops to and level up when you have all of them conquered. Don't forget you also have some missions to complete in campaign mode, so take a look at them and try to complete them as soon as possible to earn some rewards.

SMS Services O.o.o. is the developer of Mushroom Wars and the mini version for devices with less memory support. Navigate through the app and discover all its features, you won't be disappointed.

Tags: what are acorns for in mushroom wars

“The forest floor has never been more deadly or more fun.” – IGN
“It’s hard not to get sucked into Mushroom Wars once you start playing, and you’ll certainly never look at that portabella on your plate ever again without the urge to send it charging into battle.” – Gamezebo

Space Tournament takes place just once in a million years, and the moment has come!
Play now, take part in great online battles, earn Tournament Experience and get awards in Mushroom Wars... and Mushroom Wars 2! Aye, all participants of the Space Tournament will get valuable awards in the new part of the game, which will be released very soon!

An unknown enemy has made mischief among the Mushroom folk, and once friendly neighbors have begun to fight one another. Lead the Mushroom Army and mediate peace in the forest!

Mushroom Wars is a dynamic real-time strategy. Defeat enemy tribes or capture key strategic locations! Increase the size of your army, complete the construction of your villages, improve your weapons, capture smith shops or hold defensive towers – it's up to you to choose your way to victory!

Complete a fascinating Campaign or challenge other players online!
One of the greatest games of all time for Playstation and PlayStation®Network according to IGN is now available for iPhone, iPod touch and iPad!

Attention! Dear users, we have successfully implemented iPad 1 and iOS 5.1. support for single player campaigns. Unfortunately, iPad 1 doesn’t have sufficient resources for the Mushroom Wars multiplayer mode, so the mode is unavailable for this device; our first priority being that you enjoy the game.

If you encounter any problems with online multiplayer we highly recommend you to close other applications that may be active. To do this quickly press the iPad button twice, press and hold any icon in the window that appears and close other apps one by one (by pressing minus in the upper left corner of each icon).

Take charge of the armored machine squad in this online strategy game full of real-time tactical battles and powerful tanks! Start your adventure with lightly armored scout cars, progress through ranks, and get access to some of the deadliest machines in the history of warfare. See the power of IS-1, Tiger, and M48 with your own eyes! Dive into th…

* Pocket Tactics - 5/5 * Armchair General - 90% * Pocket Gamer - 8/10 * IGN - 8/10 * Digitally Downloaded - 4.5/5 * I Play Apps - 8/10 * iPad Insight - App of the week Wars and Battles is a platform of turn-based wargames that simulate historical battles and campaigns over several centuries and continents. Wars and Battles offers you rich and imme…

Battle with friends in Pact Matches on many new multiplayer maps! Exchange gifts with other players and use Stars to acquire new rewards, including your own Spaceship upgrades! Update now and explore these and many other new features for yourself! One of the best games for PlayStation® Network (IGN.com) returns on mobile. Meet Mushroom Wars: Spac…

Conquer all troops and defend your towers. Mushroom Wars is a battling strategy game between mushrooms who used to be friends before. Your task is to guide them and try to bring peace to the old neighborhood. Create your own army, own dangerous weapons and try to conquer all the enemy tribes in every level by planning the best strategy and don't ge….

Panzer Corps has been hailed as the “the spiritual successor to the Panzer General series”. This award-winning turn-based strategy has been called by the press “…nothing short of brilliant” with high rankings and praises around the world. Brought to fruition by a team of experts and a community of hundreds of fan, Panzer Corps Wehrmacht has evolved…

Build your base, place your cannons and attack! Zen Wars is a fast paced strategy-puzzle defense game that challenges players to build, repair and destroy the enemy! Defeat Lord Evilz' army in single player mode, compete in intense 2 and 3 player online battles and become the ultimate Zen Master! New and Noteworthy in the US, Austrian, German and… 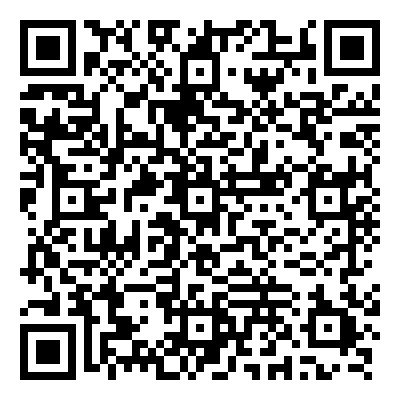 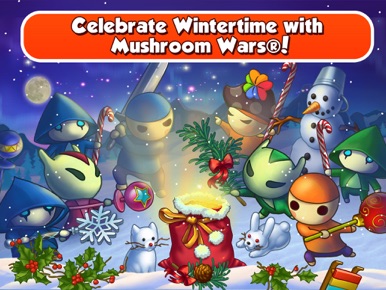 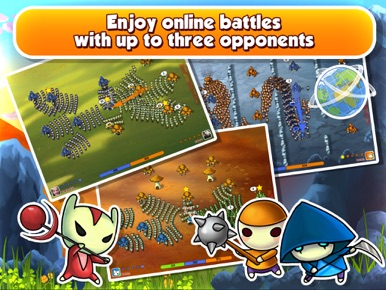 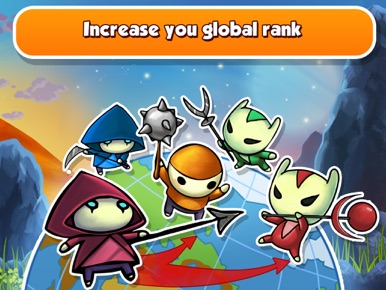 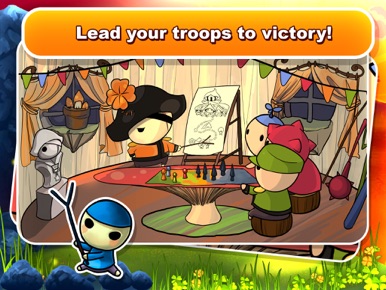 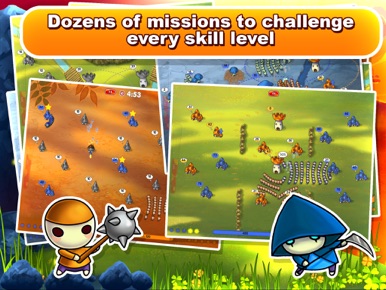