Lupin is the most-known thief in history because he mastered perfectly all the moves and robbery techniques. This games takes that idea of highly skilled thief and turns into into a highly playable platformer.

Thus, the goal is to collect as many gems and treasures as you can while completing buildings full of dangers. Every level in the building requires specific movements that you must carry out perfectly if you want to grab the gem and leave it with no hurts. Thus, you must jump, run, levitate and adjust the pace to dodge saws and explosive boxes. Gems collected are used to upgrade equipment and skills from the store, which is, otherwise necessary to beat the next levels.

Since required movement changes in every level there's no way to get bored doing the same repetitive movement again and again. In addition, at the top of each building there's a final boss you must beat to unlock the next building.

Thief Lupin! is set in side-view retro-graphic that reminds classic titles of the genre. Besides the amount of movements, the player just need to tap to perform them: the character adapts automatically its movement to which is required in each level.

A wise person once said, ‘In life, the most fun you have involves the simplest of things!’ Check it out, a simple, beautiful and highly addictive one button game that tests the limits of your concentration and takes you on a fun ride you will never forget: Presenting, his awesomeness, Thief Lupin—the game!

Join Thief Lupin as he scales the Empire State Building, romps the Pyramids and conquers the Neuschwanstein castle… A simple one button game, Thief Lupin game challenges you with different kinds of traps and tickles you with witty puzzles as you try to take in the majestic settings of the game.

★ Game Scenario ★
- The King of Thieves Invitation
One fine day, a few of the world’s greatest thieves find themselves with an invitation that would practically land them on the throne! But first they have to win it.
- Only one mighty thief can sneak into the world’s most famous buildings with the top security measures and take the honor of the King of Thief. Are you the one?

★ Game Play ★
- Thief Lupin is simple one-button play game with touch screen controls.
- Thief Lupin has various behaviors for each floor and buildings, which lets him (the player) can sneak into the buildings with the appropriate touch control.

Save the chicken is one of the most challenging of 2018. All you have to do is help the chicken to go up. If you can score 100 you are one of the best Arcade players in the world. All you need to move the shield and use it to prevent objects from bursting up the chicken's bubble and help it go up. An amazing arcade game that surely needs a good…

Find a Way, José! - Train your brain with puzzles

Challenge your mind with chili-spiked tile puzzles. Artlab Interactive's has revisited tile puzzles. You know how to play them: drag until you find the match. Well, this is slightly different. One block is José, a Mexican stereotype. José wants to get to another the Tequila bottle's block. However, path isn't always clear: you must move obstacles a….

Be a happy chef and keep your restaurant busy. Happy Chef is a time management game which allows you to improve your culinary skills by preparing lots of different dishes. You inherit a burger bar and your objective is to turn it into the best restaurant of the country. It's not only about the service but the place itself, too. Try to decorate the…. 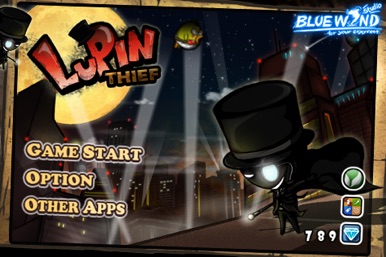 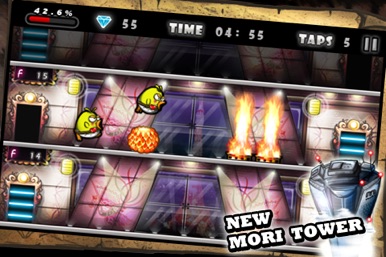 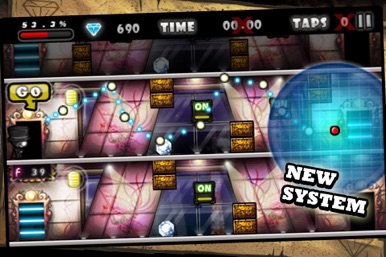 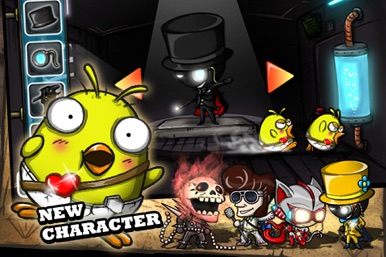