Help her escape from the cell by discovering the best combination

Edna & Harvey: The Breakout is a completely captivating and well-developed game that is based on a cool storyline. The objective in the game is to help Edna escape the cell by interacting with all the helpful items and discovering the best solution.

Navigate across the scenes, collect items, talk to them and use them to find the best way to leave the cell. Get advice from the stuffed bunny Harvey and ask for help whenever you feel lost.

Daedalic Entertainment GmbH is the developer of Edna & Harvey: The Breakout, a game which includes excellent and revolutionary graphics, funny dialogues and a gameplay that keeps you addicted from the very first minute.

The award-winning debut adventure game from the creators of The Whispered World and Deponia now on the iPad. Accompany young Edna and her talking stuffed bunny Harvey on a whacky attempt to escape from her padded cell. Experience a bizarre journey all across the insane asylum and far beyond its brick walls.

At the beginning, young Edna wakes up in the padded cell of an insane asylum with no memory of her past. She doesn’t have the slightest idea how she wound up there, but one thing is for sure, she wants out! After all, she feels perfectly sane – and her talking stuffed bunny Harvey agrees completely. Together, they attempt an escape and, in doing so, meet their extremely bizarre fellow patients – from the man in the bee costume to the pseudo-Siamese twins Hoti and Moti. But Dr. Marcel, head of the asylum, will stop at nothing to keep Edna from escaping. What does he have planned for her? And why was her memory erased? Gradually, Edna regains her memory of the time before her detention in her cell…

Originally released on PC in 1994, Little Big Adventure (also known as 'Relentless: Twinsen's Adventure') is an action-adventure RPG designed by Frédérick Raynal. 20 years later, a new version of this entertaining video game hit is being released, specially adapted for mobile phones. You play as Twinsen, a young hero living on Citadel Island on a…

Fran Bow is a creepy adventure game that tells the story of Fran, a young girl struggling with a mental disorder and an unfair destiny. After witnessing the gruesome and mysterious loss of her parents, found dismembered at their home, Fran rushes into the woods, together with her only friend, Mr. Midnight, a black cat that Fran had previously rece…

A tribe sim game. Virtual Villagers is a sort of tribe simulator, which sounds great. You are in care of a little group of villagers who dwell and try to prosper in a tropical island. There are many variants and sequels of this game. They all work in the same way with little if any differences among them. This game is quite comprehensive, and it's….

Help her escape from the cell by discovering the best combination. Edna & Harvey: The Breakout is a completely captivating and well-developed game that is based on a cool storyline. The objective in the game is to help Edna escape the cell by interacting with all the helpful items and discovering the best solution. Navigate across the scenes, colle….

Award Winning Illustrated Children's Short Story from the National League of American Pen Women. Follow the Emotional Adventure of a young girl who transforms into a prize winning pumpkin due to her vain and selfish actions. An Owl and Little Mouse become her only friends. Time allows her to ponder and take responsibility for the sorrow she unleas…

WINNER of the 1st European Best Learning Game Competition Finalist in the BETT Awards 2012 – winners to be announced in January 2012. Find out what teachers are raving about and feel is a MUST in their schools! NB! Only works on iPad2 and iPad3. Sorry for problems, but we can only write here it doesn't work on iPad and not in other places as Appl… 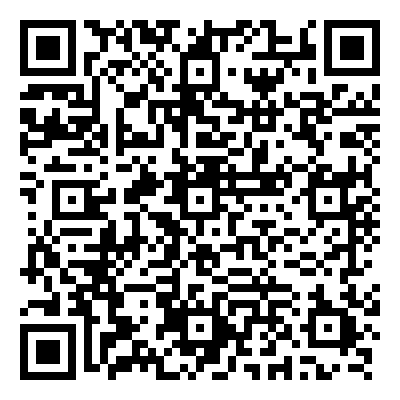 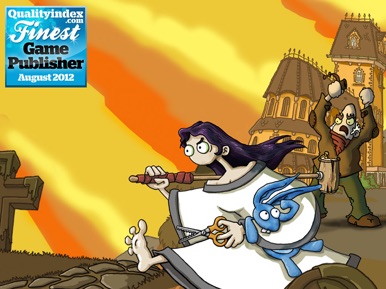 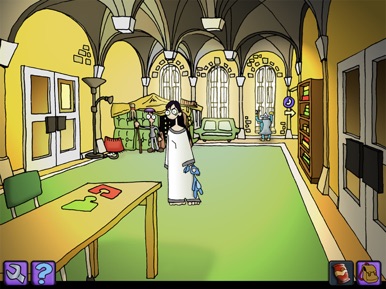 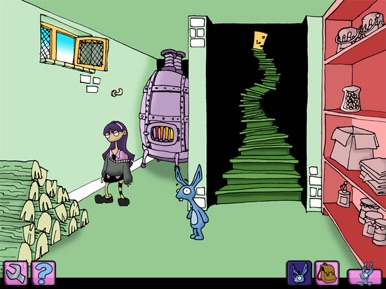 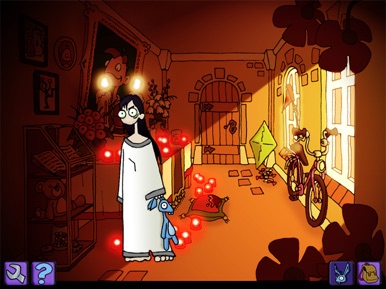 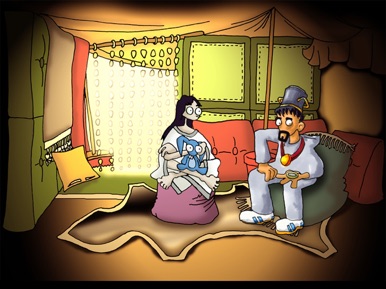