Thanks for submitting all the fixes and tweak suggestions. I've put together a build for you with your requests:
Fixes:
* Improved memory management (fixed the leaky bucket)
* Improved performance of Terrapet capture
* Menu items easier to click on high density displays
* Battle Help now looks like other dialogs
* Fixed spelling mistake on Skujestic (thanks Game Over)
* Fixed description on brutalize move (thanks Denis)
* Fix remaining issues of missing images (thanks Game Over)

Collect, battle and build in this cross between Pokémon and Farmville

CerebralFix Ltd's Terrapets is almost a perfect blend of what you'd get if you crossed Farmville with Pokémon. Instead of wandering around a pre-designed world seeking monsters, you cultivate your own environment full of many different habitats to lure a wide variety of critters into your traps.

Use your gold reserves to purchase resources to rebuild the barren landscape into something lush and varied. Place and bait traps in the swamp, on the grasslands, in the tundra - all will result in diverse species awaiting capture or battle. The capturing mechanism is unique; you'll use spinners to toss food, cards, and even poison at the wild monsters in the effort to add them to your menagerie. Level up your captured beasties and customize their moves to make them harder, better, faster, stronger. Battle is also rather quirky, involving a rock-paper-scissors system instead of the complex Pokémon type chart.

There are loads of thoughtful details to keep those reared on Farmville engaged: placing higher level bait will net higher level creatures, you can mine rocks for gold every so often, world events mean the opportunity to catch super rare pets, etc etc.

One big thing missing from Terrapets: you never get to see your captured pets wandering about the world you've created. There would be much more motivation to invest time and effort in a sprawlingly beautiful world if you were able to watch your mini-beasts interact with it, even on a minimal automatic level. As such, I found myself a bit listless with the game within a few minutes - but super Farmville-style fans likely won't encounter the same issue.

It's a great idea to merge the Pokémon and Farmville game styles, and CerebralFix Ltd's Terrapets does it successfully. I'd love just that little something extra to push it over the edge.

Be a pet collector and catch pets in cards and battle with them!
Battle your pets to the next level so you can customize their fighting moves!
Build your own pet wildlife reserve and fully customize it with endless decorations!

Features:
- FREE addictive pet collection game!
- Catch and tame over 120 different types of wondrous pets!
- Unique and inventive pet capture system.
- Battle with your own tamed pets and level them up with simple but engaging battle system.
- Rid the lands of the destructive force that is ‘Rathroot’ by fighting possessed monsters.
- Customize the environment to your hearts content!
- See the world of Hakawa come into life with beautiful biomes and decorations.
- Engage with our friendly Facebook community to shape the development of the game.

Useful game tips:
- You can catch different pets from different terrains.
- To catch higher level pets, use more expensive baits on traps.
- Put pets into healing huts when they get injured from battle.
- Pets learn new moves as they level up from battles.
- You can switch pet moves.
- Weak pet moves do less damage in battle, but uses less stamina letting your pet fight longer.
- Sell unwanted pets and items for extra gold coins.
- Collect gold coins every 30 minutes, and free capture cards every 2 hours.
- Fight your way through hives to cleanse them from corrupted monsters.
- To collect all pets in the game, you must put traps near cleansed hives!

Background Story:
The once lush and beautiful world of Hakawa is now little more than a barren wasteland. You are in charge of a special wildlife reserve where you have the important task of revitalizing the land and building a vibrant habitat for Terrapets; mysterious creatures who are the embodiment of the environments that they inhabit. Terrapets from the swamplands are sneaky and vitriolic, while those from the woodlands are steadfast and strong. If the environment is harsh and unforgiving then so too are the Terrapets that live there.

There was a time when Terrapets were numerous, but not anymore. You have the power within your hands to return the world to what it once was. You can revitalize Hakawa with a range of different terrain types and customize the environment as you see fit. From frozen tundra and volcanic mountains to thick forests and vast oceans, you have many different options for creating an enticing reservation for all the different Terrapets.

Terrapets is developed and maintained by CerebralFix, LLC, an international game development studio bringing the cheeky Kiwi spirit from New Zealand into social mobile gaming. Find out more about us at CerebralFix.com.

Keep track of all the matches and information about players. Bwin Sports is an application for sport admirers who want to stay up-to-date with all the information regarding results and statistics. Based on the popular website which allows users to bet and win money, now the app is presented to make everything easier for users. Use the menu to selec…. 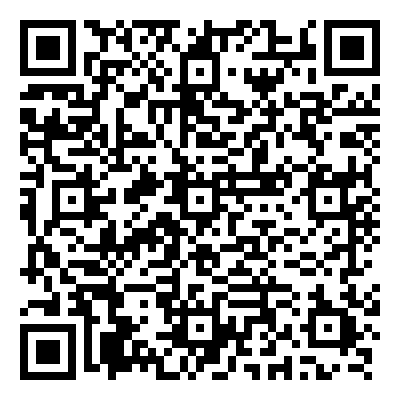 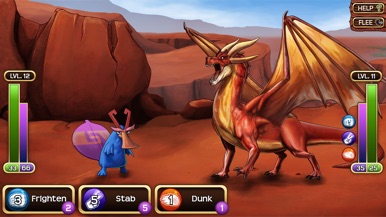 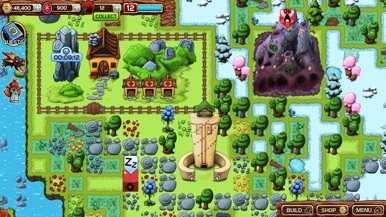 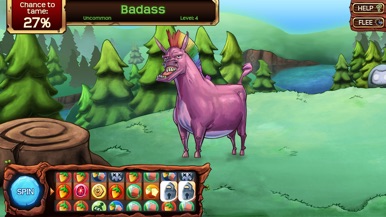 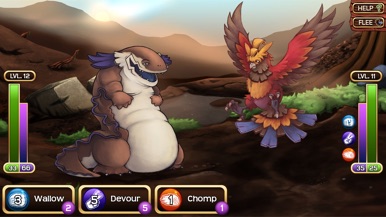 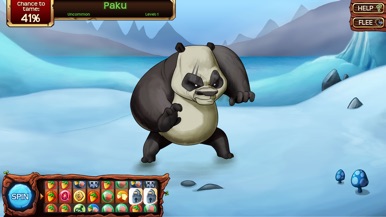